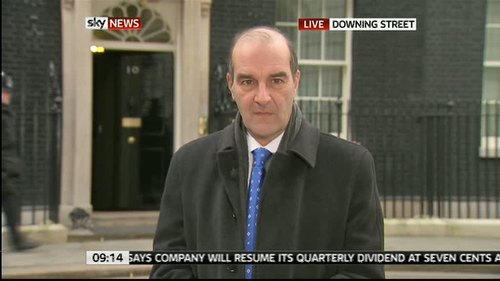 Glen, who joined Sky News as a Political Correspondent in 2003, said this morning:

As this is my last day at Sky News, after today will just be plain @glenoglaza Open to interesting, well-paid offers!!

Glen was formerly a Senior Correspondent at Independent Television News (ITN), for its flagship Channel 4 News programme, reporting from over 30 countries, including the United States, the former Soviet Union and countries in the Middle East.

He has covered the fall of the Berlin Wall, the Velvet Revolution from Czechoslovakia, the fall of the Soviet Union from Moscow and spent a month with the Kurds of northern Iraq after their rebellion towards the end of the first Gulf War.

Colleagues and fellow journalists have sent their best wishes to Glen via Twitter..

A day at NBH meant I didn't get to say farewell to @glenoglazaSky. Take care mate, and thanks for guiding me when I arrived at Sky. Owe you.

Best wishes to @glenoglazaSky for the next stage of his career – one of broadcasting's real professionals..

Good luck to @glenoglazaSky as he leaves Sky News today. A top class broadcaster and always willing to share his cigarettes…