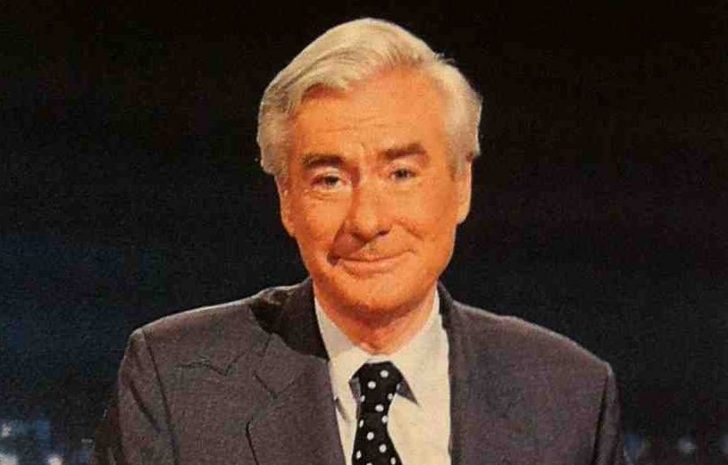 Former ‘News at Ten’ broadcaster Sir Alastair Burnet has died today at the aged of 84.

In a statement, his family said: “He passed away peacefully in the middle of the night at the Beatrice Place Nursing Home in Kensington, where he was being cared for after suffering several strokes.”

Sir Alaslair Burnet was the leading newscaster on the first night night of News at Ten on 3 July 1967. His last night on the programme was twenty-four years later in 1991, when he retired.

Alastair, who was born in Edinburgh in 1928 and educated at Leys School, Cambridge, and Worcester College, Oxford, originally joined ITN in 1963 as political editor. He was then appointed editor of The Economist from 1965 until 1974. It was during this period that he returned to ITN to be the leading newscaster of News at Ten for the programme’s three-month trial.

He continued working for ITN on and off until 1972 when he started presenting Panorama for the BBC. In 1974 he moved from The Economist to become the editor of the Daily Express for the next two years.

He rejoined ITN in 1976 as a newscaster for the News at 5.45 and later moved back to the position of senior newscaster on News at Ten. He was also an ITN board member and associate editor of News at Ten as well as being an independent national director of The Times.

He was the anchorman for major ITN programmes including the Apollo space missions, general elections and budgets. In 1981 he was one of the two main commentators for the royal wedding of Prince Charles and Lady Diana Spencer and, in 1982, the commentator for the ITV network for the visit to Britain of Pope John Paul II.

In 1984, he anchored ITN’s special programmes on the D-Day celebrations and the US presidential election. In 1985 his exclusive interview for ITN with the Prince and Princess of Wales was watched by more than 18 million people in Britain and was shown around the world. The following year he presented ITN’s special two-part programme, In Private… In Public – The Prince and Princess of Wales, a unique behind-the-scenes view of the royal couple.

In January 1988 he anchored ITN’s coverage of Australia’s bicentennial celebrations in a live television spectacular from Sydney. He was involved in another historical event when he presented ITN’s programmes on President and Mrs Gorbachev’s visit to Britain in 1989.

He was knighted in the 1984 New Year’s Honours List for his services to journalism and broadcasting.

ITN Chief Executive, John Hardie, said: “ITN stands on the shoulders of giants, none greater than Sir Alastair Burnet. He defined newscasting for a generation and his influence is still clearly evident today.

“He set the bar to a standard that has never been surpassed and perhaps not even equalled. Sir Alastair will be sorely missed by many here at ITN, but his legacy lives on.”

Former CEO of ITN, Stewart Purvis, said: “Alastair Burnet was an omnibrain who knew everything from political insider gossip to UK constituency details to racing form.”