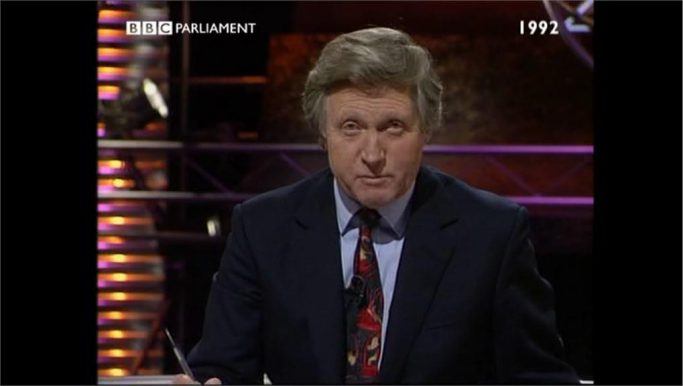 David Dimbleby has decided to leave Question Time – the BBC’s flagship political debate programme – after an extraordinary 25 years in the chair.

“At the end of the year I will have been chairing Question Time for a quarter of a century and I have decided that this is the right moment to leave,” said David.

“It has been a privilege to work for a programme which brings voters face to face with those in power. I am grateful to the production teams and to the BBC who have made this possible.

“It has been exhilarating following the twists and turns of British politics from John Major in 1994, through the Blair and Brown years to Cameron and May. I am not giving up broadcasting. Instead, after years in the studio, I now plan to return to my first love: reporting.”

David started broadcasting for the BBC over 57 years ago as a news reporter in Bristol after leaving Oxford University where he studied politics, philosophy and economics.

During his BBC career he has presented political programmes such as Panorama and chaired many debates including the Party Leaders’ debates in the run up to General Elections since 2010. He has made documentary series in South Africa and the USA and films in India, the USA and Europe as well as a number of historical and cultural series for BBC TV.

BBC’s Director of News, Fran Unsworth, said: “David Dimbleby is respected by guests and the audience alike. He’s been a commanding figure in the chair and has been at the forefront of the biggest debates over the last 25 years.

“He has our huge thanks for holding politicians to account and ensuring the voice of the nation is heard.”

Tony Hall, Director General, added: “David has been at the helm of Question Time for over 25 years: a brilliant champion of the public and the audiences’ friend – getting the answers they want on the big and difficult issues of the day.