Did PM David Cameron walk out of a Sky News Interview? 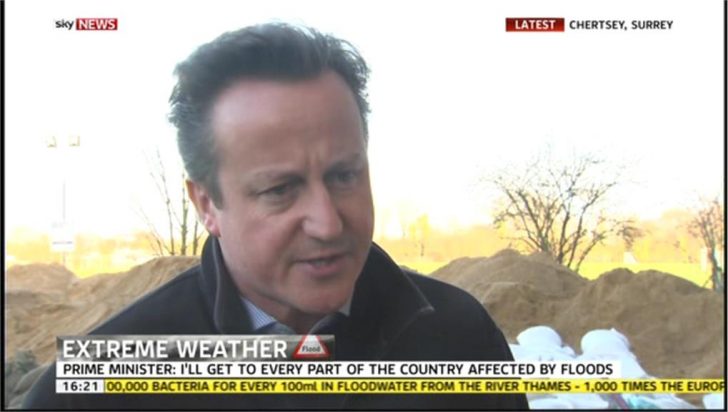 There’s a debate taking place on Twitter this evening about whether or not the Prime Minister David Cameron walked out of an interview with Sky News..

Below is a video of the end of the interview, which you can see in full on the Sky News website.

Sky News presenter Sarah Hewson was interviewing the PM in flood-hit Chertsey, where he had come to thank the military for their help. As Sarah was asking him a fourth question, he nodded his head and walked away.

“Cameron just walked out of a live @SkyNews interview on floods. Mistake or didn’t like Qs about too little, too late?”

“Contrary to what @Kevin_Maguire says, Cameron didn’t storm out of @skynews iview, it was an “as live” pre-record run in full, + iview ended

“normal practice in pool to have 3 questions. this was broadcast as rush without edit, so it just looked abrupt.”