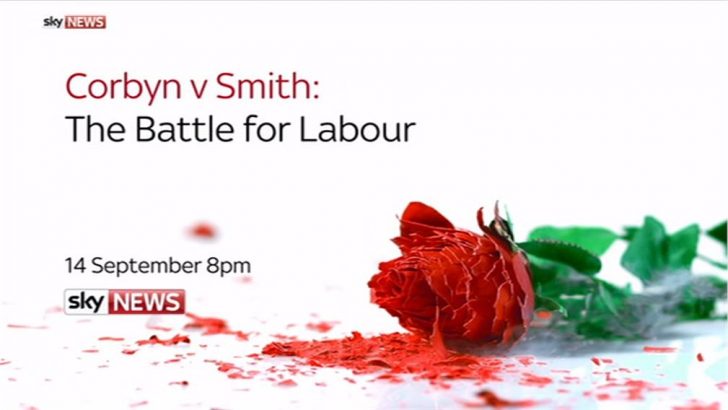 The programme starts with a hour-long documentary fronted by Senior Political Correspondent Jason Farrell, looking at the current state of the Labour party.

It will profile both Jeremy Corbyn and Owen Smith, and will feature in depth exclusive interviews with various Labour MPs as well as former leader, Neil Kinnock.

Then at 9pm, Political Editor Faisal Islam will host a live debate with a studio audience of 200 labour members and voters. He will moderate the debate, putting the audience questions to the leadership contenders and following up with them if he believes the question has not been answered sufficiently.

“This final debate will be the last chance for both potential leaders to outline their vision for a party in crisis. The documentary will allow Sky News viewers to really understand what issues the party is dealing with as political turmoil engulfs it,” said Esme Wren, Head of Politics at Sky News.

“The debate, headed by Faisal, will promise to be lively, noisy and I hope a chance for Labour party members to ask the potential leaders face to face how they are going to deal with some of the biggest political issues of our time.”

The debate is the final hustings before the Labour leadership announcement is made in Liverpool on Saturday 24th September.