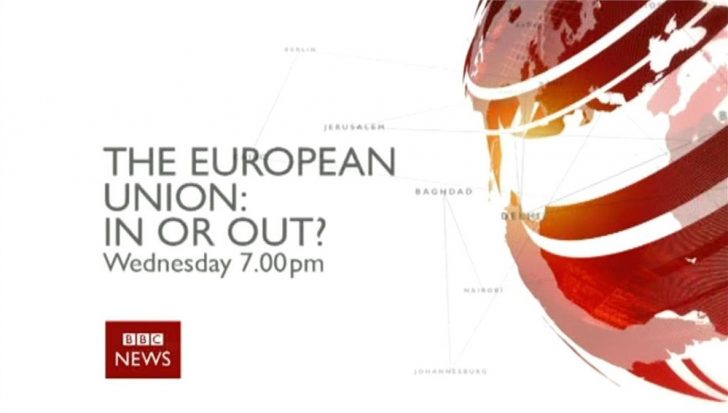 The hour-long debate, hosted by the BBC, will be broadcast live on BBC Two, BBC News Channel and on Sky News.

It will be hosted by David Dimbleby in front of an audience selected by a reputable polling organisation to be demographically representative and with an equal number of people for and against British membership of the EU. Questions will come from the audience members.

James Harding, Director of BBC News and Current Affairs, said: “We are delighted to have negotiated successfully to broadcast this important debate. Europe is always a highly charged issue in British politics and this is a fantastic opportunity to test the arguments.”

The debate begins at 7pm.