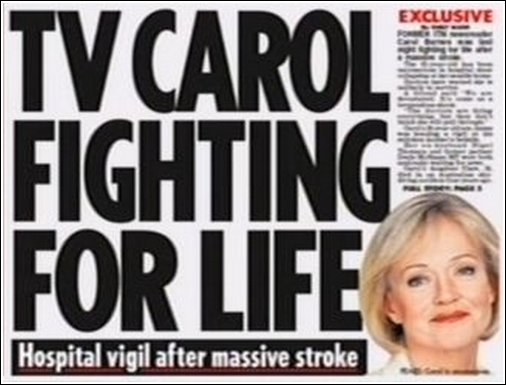 The paper says that Carol is fighting for her life after suffering a massive stroke.

A friend told newspapers: “We are devastated. It’s come as a tremendous shock. The doctors are doing everything, but they don’t think she will pull through.”

In a statement from her agent, Knight Ayton Management, said: “Carol Barnes is seriously ill, and is being cared for at the Royal Sussex County Hospital. Her son James and close friends have asked for their privacy to be respected.”

We at the TV Newsroom wishes Carol a speedy recovery. Images of Carol