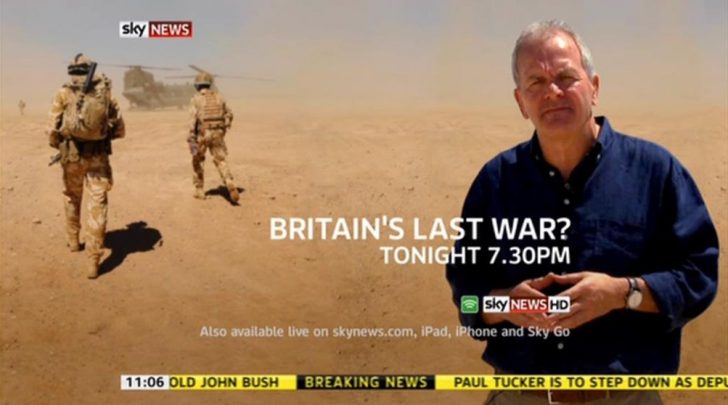 Sky News is to broadcast a special documentary about the cuts to defence spending.

In the hour-half programme, Sky’s business presenter Jeff Randall, talks to the head of the British Army, General Sir Peter Wall, where he concedes that the British Army is close to becoming dysfunctional as a result of the cuts.

He says the gap between the Army’s obligation and its funding could become “dangerous, quite quickly”.

Jeff travels to Afghanistan to ask whether the army as we know it can endure the financial squeeze.

Unlike some other parts of the state, where “cuts” simply mean a slowing in the rate of funding growth, the Army is being asked to handle a year-on-year cash reduction.

Is what’s left enough for the most important part of our defence forces to do its job effectively? Can the UK remain a hard power or are we resigning ourselves to the role of a second-division player?

Jeff also speaks to Defence Secretary Philip Hammond, who says there ‘isn’t a lot of slack or headroom’ for further cuts to his department’s budget, and hears the views of serving soldiers on the future of the institution.

Jeff also travels to Kabul to interview the man likely to be the next head of the British Army, General Nick Carter – who says that in the face of further cuts, politicians need to “look themselves in the mirror… and decide what it is they want the army to do”.

Britain’s Last War? is on Sky News at 7.30pm this evening.