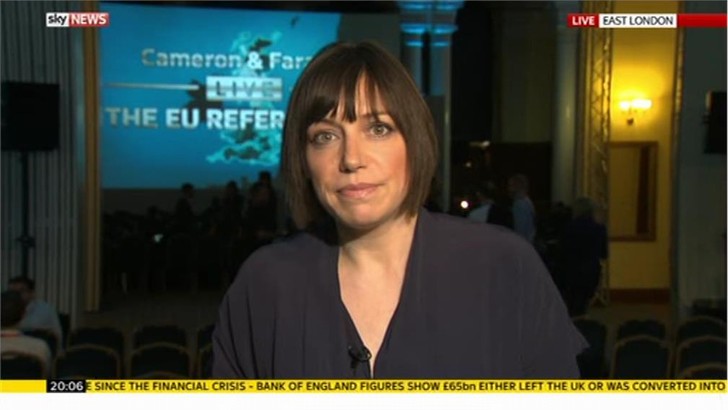 Beth Rigby has been appointed political editor at Sky News.

She will replace Faisal Islam who is moving to the BBC to become its economics editor.

“Huge opportunity and responsibility at such an important time in our political life. An honour to follow in the footsteps of Faisal Islam and Adam Boulton in such a crucial role.”

Beth joined the Financial Times in 1998 as a graduate trainee. During her FT career, she worked across a range of beats including financial services reporter, hedge fund correspondent and retail correspondent.

She spent nine months as Media Editor at the Times from September 2015 – May 2016 before joining Sky News as Senior Political Correspondent. She was promoted to Deputy Political Editor in July of last year.

“Beth has a compelling vision for reporting politics differently at a time of great change and she has an excellent track record as a story getter at the Financial Times, The Times and more recently here at Sky News.”