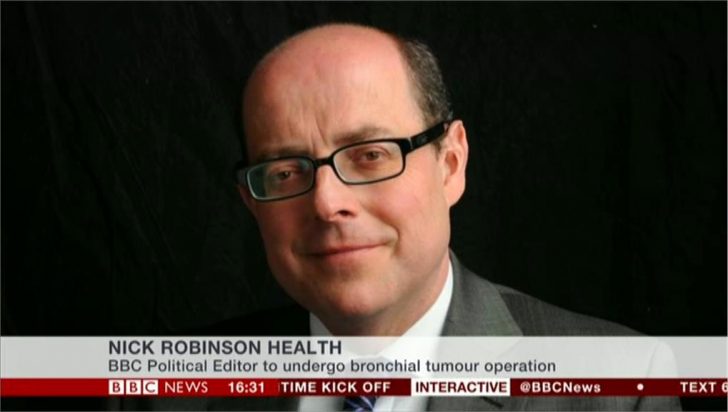 The BBC’s political editor Nick Robinson is to have an operation to remove a tumour from his lung.

The 51-year-old will take a short time off work to recover after the bronchial carcinoid tumour is removed.

In a statement, his agent said Mr Robinson would be “taking a short time off work over the next few weeks.

“His doctors are aiming to get him back at work in plenty of time to cover the election campaign proper.

“He and his family have asked that they now have the space and privacy he needs in order to rest and recover fully before returning to work.”

Nick Robinson joined the BBC in 1986 as a trainee producer. He has been in his current role since 2005, having left the BBC for ITV for a short period