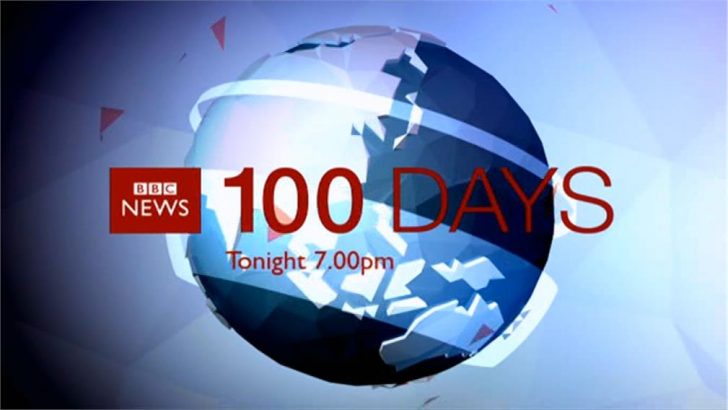 The BBC’s ‘Beyond 100 Days’ news programme will air in the United States from January 2018.

The programme, hosted by Katty Kay in the United States and Christian Fraser in the UK, will air weeknights on Monday-Thursday at 11.30pm – 12am ET on PBS stations, following Amanpour On PBS.

Following that period, the show was re-named Beyond 100 Days, after it became clear that the story had longer to run, and has since aired from Monday to Thursday on BBC World News and the BBC News Channel.

“The past year has been a time of upheaval in the western world, unparalleled in my career,” said Katty.

“I’ve been extremely proud to cover it all on Beyond 100 Days, and now I’m excited to bring the program to American viewers on PBS.

“This program provides a unique global take on President Trump, Brexit and U.S. leadership around the world. I anchor from Washington, and my colleague Christian Fraser has the view from London. There is just too much happening – on both sides of the Atlantic – not to dedicate a whole program to this extraordinary time we are living in.”

BBC World News, a half hour of the top global news stories of the day, will fill the time slot on Fridays.

Beth Hoppe, Chief Programming Executive at PBS, added: “We are proud to bring Beyond 100 Days, with its unique focus on the larger, global impact of what is happening in the U.S. and around the world, to new audiences.

“Pairing Beyond 100 Days with Amanpour On PBS will give PBS stations a powerful hour of news and public affairs programming to ffer their viewers.”