The BBC issued the following statement at 3.00am on Wednesday 4 July 2007, following the release of Alan Johnston.

“We are delighted and extremely relieved that our friend and colleague, Alan Johnston, has been released.

“This is wonderful news for his family, friends and colleagues – and everyone around the world who has shown their support for him over the past 114 days.

“We thank all of those who worked tirelessly – here and in the wider Middle East – to secure his freedom.

“We will be issuing further information in due course and in the meanwhile, would ask that people respect his family’s privacy to allow them time to recover from this ordeal.” 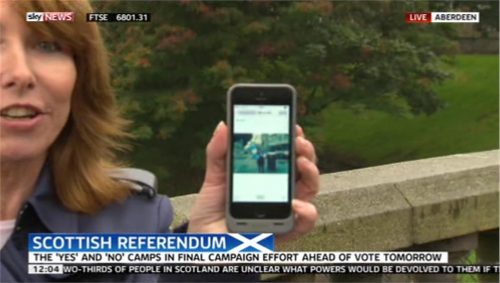 Kay Burley refers to a ‘Yes’ campaigner as a ‘bit of a knob’
TV Newsroom 2003-2022 - Menu • Forum • Disclaimer • Privacy Policy • Contacts - All Images and Videos are the property of their respective owners.