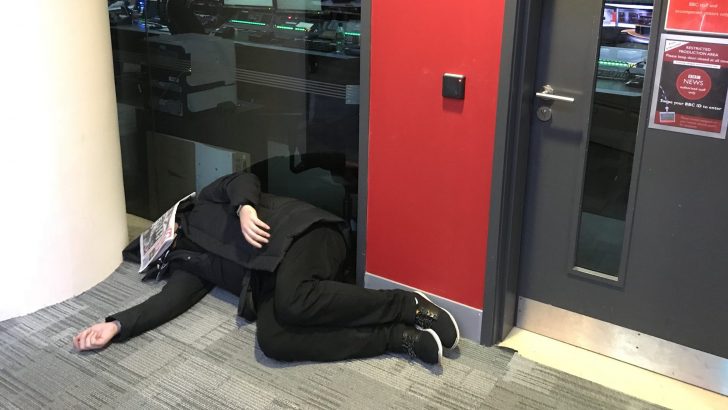 BBC News Channel’s staff have been accused of wasting taxpayers’ cash after workers photographed sleeping on the job.

The paper says the napping night-shifters were snapped by an angry colleague on the BBC News Channel. “It’s very difficult to work with someone snoring next to you,” said the furious employee.

It’s true @TheSun we do sleep on the job. Our work is a bit taxing at times. @BBCNews doesn’t do lazy journalism. How about you? pic.twitter.com/5VBjL9zlEl

As @alstewitn and demonstrated in 2014 – news is a tiring business…. pic.twitter.com/94g20KOznK

..And the BBC’s reply

Even with our eyes closed, it’s good to know the public trusts BBC News more than the Sun. pic.twitter.com/RBogyQSjVa