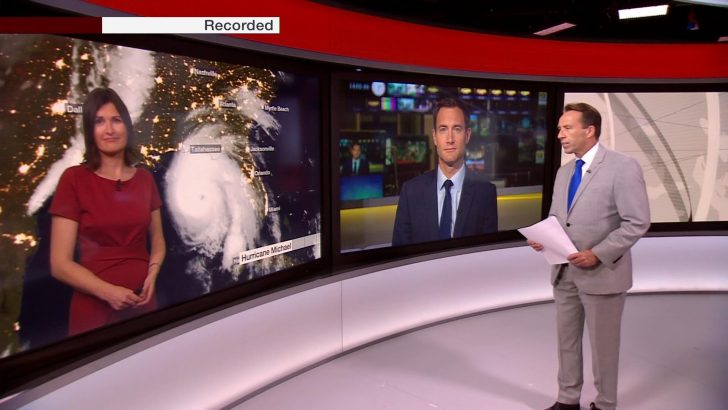 The BBC News Channel and BBC World are showing repeats of their 2pm hours following a glitch with the BBC’s output software.

Source says that there are currently many people in the gallery attempting to fix the issue. BBC News staff have told me how frustrated they have been at the new system over the past few months.

The News Channel is currently showing the first hour of today’s Afternoon Live with Ben Brown, while BBC World is airing a repeat of Impact with Tim Willcox.

“Due to a technical issue we’re currently running recorded programming on our live news channels,” said the BBC.

“We’re working hard to resolve this as quickly as possible. The BBC News website is operating normally.

Update: 5.25pm BBC News at Six to come from Millbank!

Hearing that due to ongoing technical problems at New Broadcasting House, the BBC News at 6 will be instead broadcast from Millbank Studios in Westminster.

We’ve had technical problems at our HQ this afternoon and will be broadcasting the #BBCNewsSix from our Millbank studio. Engineers are working hard to resolve the issue fully.

In a taxi with Fiona Bruce and editor of @BBCNews at 6 heading for Millbank. Studio at BH gone down!! Traffic dreadful. Aagghhh! pic.twitter.com/MjnPDgT5Jp

Update: 5.40pm Fiona Bruce, the presenter of BBC News at Six, is being escorted in a police car to Millbank to make the 6pm broadcast.

Policeman Josh has saved the day!@bbcnews should be on air!! pic.twitter.com/9PkAKOsbwt

Now in a police car being escorted through the demo. @bbcnews is at stake! pic.twitter.com/YBu2RZTZpF

BBC News at Six is on air… from Millbank.. pic.twitter.com/JMXpeFAXmy

News at Six openers from Millbank:

Update: 9.35pm BBC News at Ten will also come from the Millbank studio.