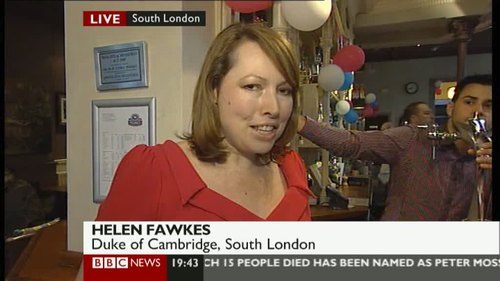 The 40-year-old was first diagnosed with ovarian cancer ten years ago.

Writing on her blog this evening, Helen said: “These are the words I never ever wanted to write – I have cancer AGAIN.

“I can’t believe that I’m going through this once more.

“A decade after being diagnosed with the disease, almost to the day, I had some terrible pain. Fast forward two months and I’ve been told that I have ovarian cancer.”

Just before Christmas 2001 – Helen was admitted to Queen Charlotte’s Hospital in London for a two-hour operation to remove growths from each of her ovaries – she later found out that the growths were malignant.

Helen then started chemotherapy treatment which finished in June 2002.

“There will now be half a year of hell. A big operation and then weekly chemotherapy.