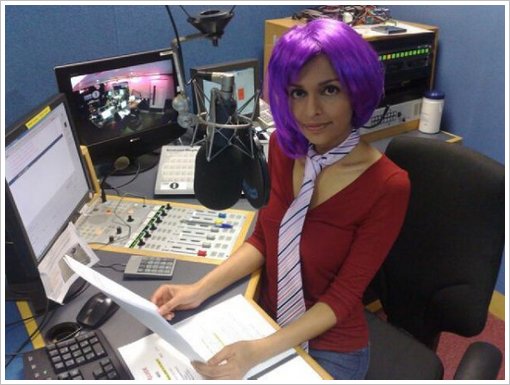 They are — Sam Naz. She joined the BBC in 2003, when she won a place on the Student Sponsorship Scheme run by BBC News.

She has worked on Newwsround, Breakfast, Radio 5 Live and as an entertainment reporter for the BBC News channel between 2008 and 2010.

Sam said: “I’m really excited to be taking over as the main presenter of 60seconds on its 10th birthday! I’ll be keeping everyone updated with all the day’s top stories. The bulletins have gone from strength to strength over the past decade and I hope to build on that success.”

Claudia-Liza Armah, joins from BBC Look East where she spent the last two years as a presenter. She began her presenting career in 2007, following a Masters degree in Broadcast Journalism.

Claudia said: “I’ve been an avid viewer of 60seconds since its launch in 2001 so it’s very exciting to now be part of the team who bring the BBC Three audience their news, entertainment and sports fix. My challenge now is to tell each story, in a way that will grab the audience, in just 10 seconds. I can’t wait!”

60seconds started out on BBC Choice in July 2001 and then moved to BBC Three when the channel was launched in February 2003.