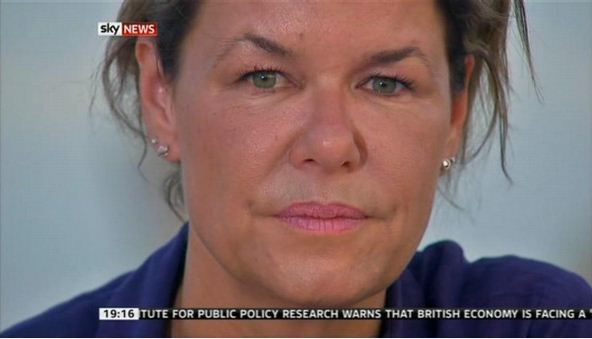 Sky News correspondent Alex Crawford has been awarded an OBE in the New Year Honours list for her reporting in 2011.

Alex spent the best part of 2011 reporting on the Arab spring, which saw revolutions in Tunisia and Egypt, a civil war in Libya resulting in the fall of its government and civil uprisings in Bahrain, Syria, and Yemen.

The award-winning journalist also went to Abbottabad, Pakistan to report on the death of Osama Bin Laden.

Alex Crawford, the first correspondent to report live from Green Square as rebel forces took over Tripoli, said: “I am staggered and honoured and cannot quite believe this is not a prank thought up by one of my more mischievous colleagues. TV news is never about just one person.

“Behind me and beside me are my fellow reporters, producers, camera crews, editors and directors. It is a genuine team effort and this fantastic accolade is for all of us.”

Head of Sky News, John Ryley, added: “I am enormously proud of all that Alex has achieved over her 20 plus years at Sky News. This honour is wholly deserved.

“Alex’s determination and bravery as a reporter is relentless and this recognition acts as a testament to journalism at its very best.”

Other recipients include comedian Ronnie Corbett and TV presenter Lorraine Kelly who both receive CBEs, sports broadcaster Stuart Hall and Open winner Darren Clarke pick up OBEs, and fellow golfer Rory McIlroy gets an MBE for winning the US Open.