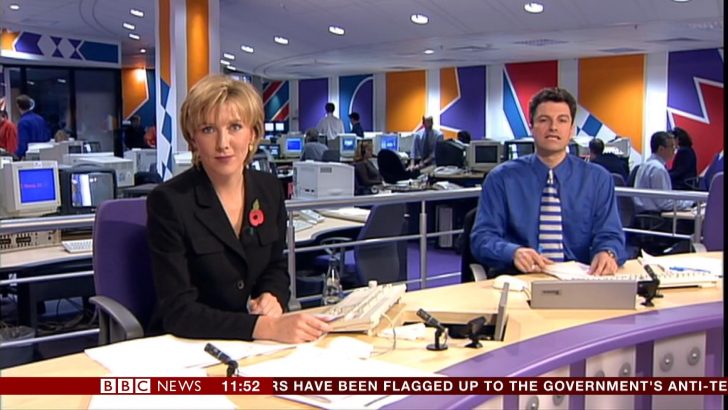 The 24-hour rolling news channel launched as BBC News 24 on 9 November 1997 at 5.30pm, becoming the first competitor to Sky News, which had been running since February 1989.

On 22 February 2006, the channel was named News Channel of the Year at the Royal Television Society Television Journalism Awards for the first time in its history.

The channel, which was named RTS News Channel of the Year earlier this year, is watched by over 7 millions viewers a week.

Remember when the graphics looked like this? This was our very first broadcast on the BBC News Channel, 20 years ago! #bbcnewschannel20 pic.twitter.com/EKppzZvNZi

I spent 9 yrs on BBC News Channel working with some of the finest journalists in the world Happy 20th Birthday #BBCNewsChannel20 pic.twitter.com/1t1Kq7DQ5o

KLAXON. At 1530 for one appearance only @ChrisEakinNews and myself will be reunited on air @BBCNewsChannel to show @BBCSimonMcCoy how it's done. News 24 launched 20 years ago today and Chris and I were part of the original presenter line-up. #newschannelat20 pic.twitter.com/0FniGwcNIK

In the green room @BBCNewsChannel about to go on air #afternoonlive with @BBCSimonMcCoy to reflect on 20 years of the news channel pic.twitter.com/4VN4YbMHqw