BBC Breakfast to move to Salford

The BBC is to move its morning news programme ‘Breakfast‘ to the BBC’s new production hub in Salford Quays, Greater Manchester.

Presenters and staff on the programme were informed of the decision earlier today.

The move is part of the measures aimed at building a new relationship with audiences across the UK from the base in north England which opens next year.

Helen Boaden, Director, BBC News, said: “BBC Breakfast is the most watched breakfast programme in the UK and loved by millions. It has a fantastic connection with audiences across the UK and we want to build on that. Clearly this involves personal and professional decisions for the talented team who make Breakfast but we will be supporting them to reach an informed judgement about the move.”

Teams from BBC Sport, Children’s, Learning, Radio 5 Live, FM&T and all staff in BBC Manchester are due to relocate. About 2,500 jobs from the five departments are moving to Salford from London in 2011.

Peter Salmon, Director, BBC North, said: “The move of Breakfast is especially symbolic as it is the first time a BBC Network News programme will come from outside London ? a real vote of confidence in our new enterprise. Today’s announcement shows just how serious we are about creating a world-class media hub in the north of England by better reflecting and serving all our viewers and listeners ? wherever they live.” 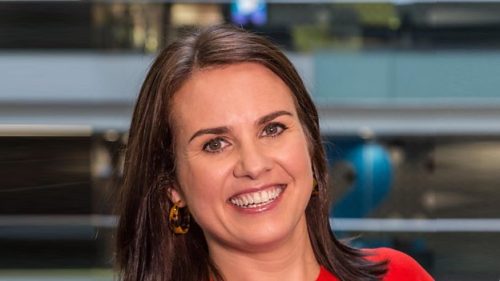 Nina Warhurst has been named the new business presenter at BBC Breakfast. Nina, who has been a reporter on BBC Breakfast since 2018, will start her new role immediately. “I’m so excited to formally join the BBC Breakfast team, it’s…