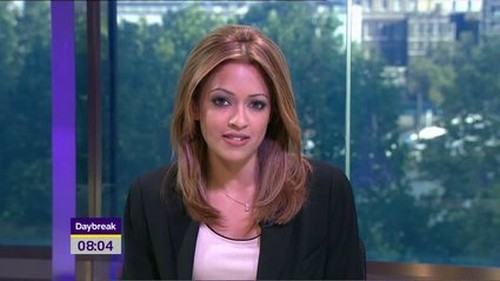 Tasmin Lucia Khan (born 18 July 1980) is a British journalist and news presenter for ITV breakfast show Daybreak. She also presents a news bulletin for the Lorraine programme on ITV.

Tasmin is a former presenter of BBC Three’s hourly news bulletin, 60 Seconds, and presented E24 on the rolling news channel BBC News. She joined ITV Breakfast in September 2010 as a news presenter.

Born Farhana Tasmin Lucia Khan in London, Khan is of Bengali descent. After studying Maths, Economics and Latin A-levels, at the City of London School for Girls, Khan graduated from the University of Oxford with an Honours degree in Politics, Philosophy and Economics.

Khan started her career in 1999 at Zee TV Network, as an entertainment presenter and news reporter. She then hosted her own talk show interviewing celebrities from music and film, sports and politics. In 2001, she interviewed Bill Clinton, a few months after he stepped down as US President.

She worked for a short period as a radio presenter for the BBC Asian Network, covering programmes like the Breakfast Show, Drive Time and The Album Chart. She was on air when news of the 2004 Indian Ocean earthquake and tsunami broke on Boxing Day in December 2004.

She then worked for the Asian channel, PTV Prime, as the London correspondent, where she reported the UK’s big news stories to a worldwide audience including the 7 July 2005 London bombings and the Ipswich serial murders in 2006.

Khan presented and produced her own sports show on Channel 5 for three years, until she landed the opportunity to present on BBC News and BBC Three. One of her mentors is Kevin Bakhurst, who was the Editor of the Ten O’Clock News on BBC, and is now the Controller of the BBC News Channel.

Bakhurst and Danny Cohen, controller of BBC Three, offered Khan the job to present the news bulletins on 60 Seconds on BBC Three, and front E24 on BBC News.

She has covered some of the biggest showbiz news stories for the BBC, including the deaths of Michael Jackson, US actor Heath Ledger, and British fashion designer Alexander McQueen. She also covered the McCartney/Mills divorce and the Oscars three years in a row.

Khan hosted the 2010 Commonwealth Games ‘Queens Baton Relay’ at Buckingham Palace, where she asked Queen Elizabeth II and the President of India, to launch the baton on its journey to Delhi for the 2010 Games.

In May and June 2009, Khan was part of a delegation to Bangladesh, organised by the British Government’s Foreign Office as part of their Counter Terrorism strategy.

Khan was nominated for the “Young Achiever of the Year” honour at the Asian Woman Awards for Excellence in 2008. 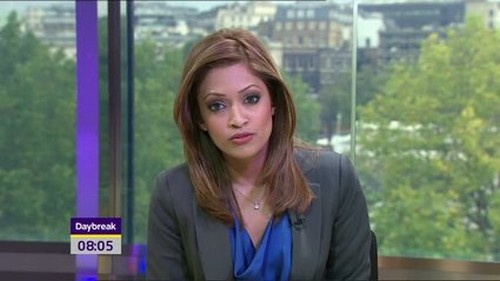 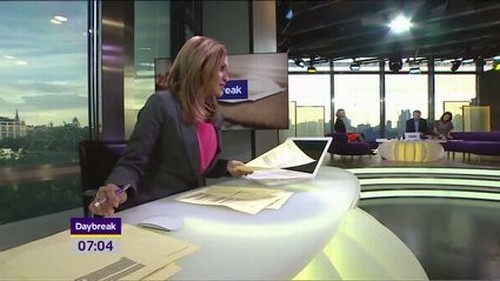 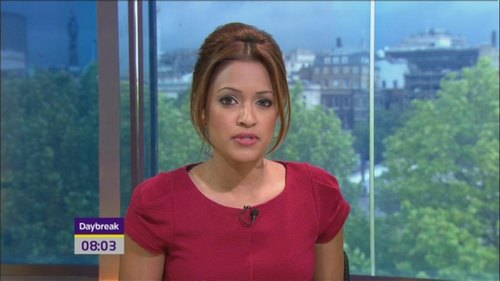 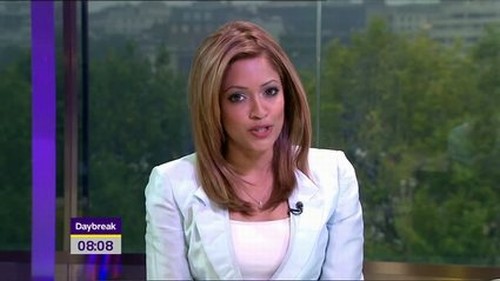 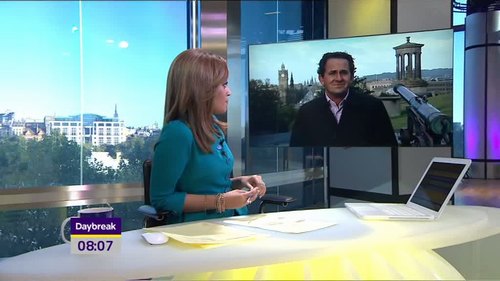 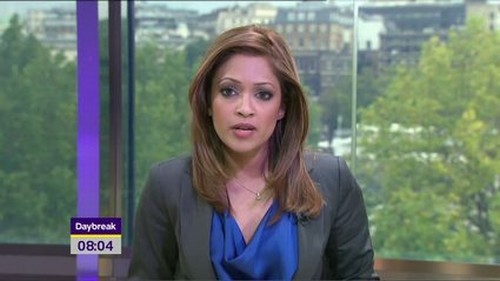 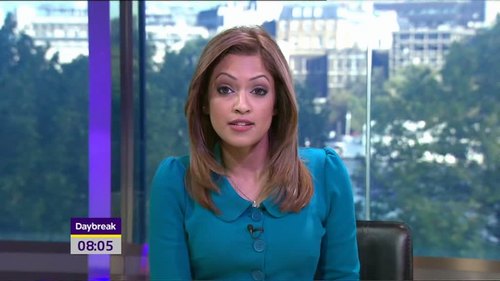 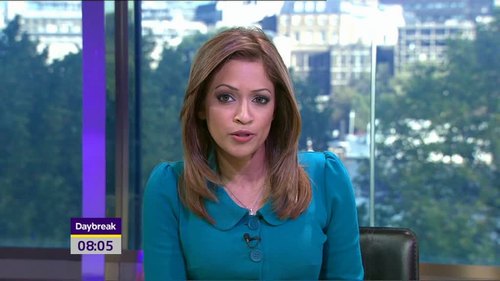 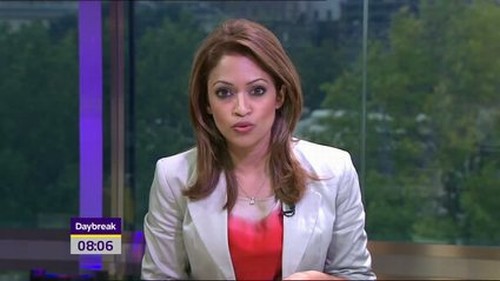 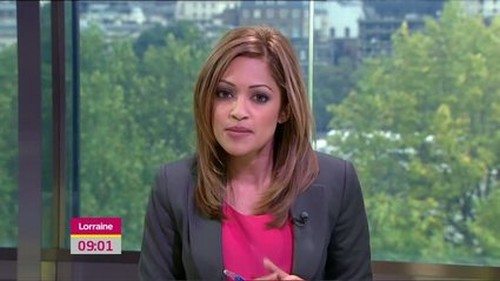 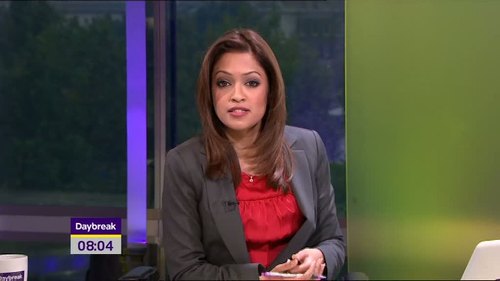 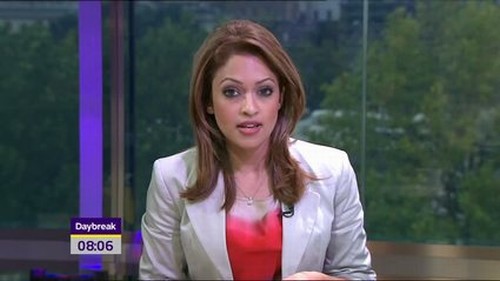 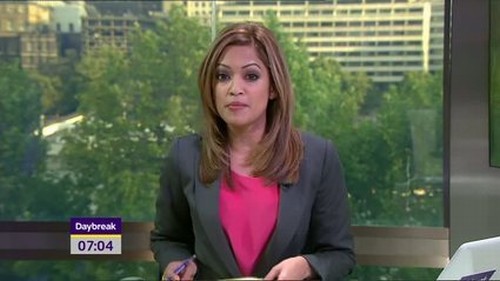 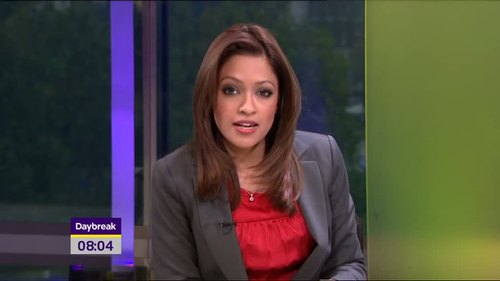 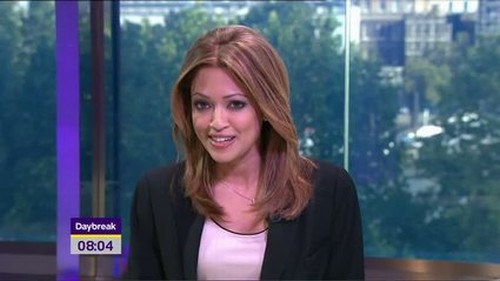 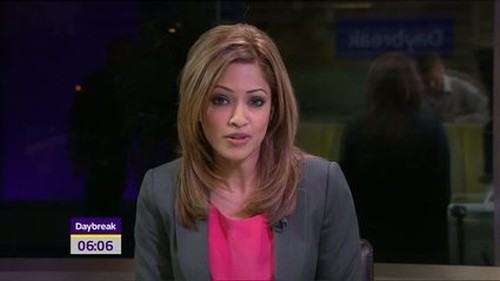 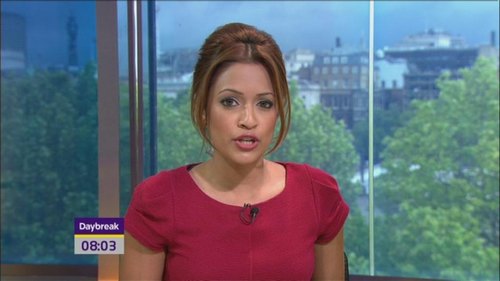 Christine Louise Bleakley (born 2 February 1979) is a television presenter from Northern Ireland. She joined Daybreak on ITV as co-presenter with Adrian Chiles in September 2010. She is a former co-presenter of BBC One’s The One Show, and a… Read more 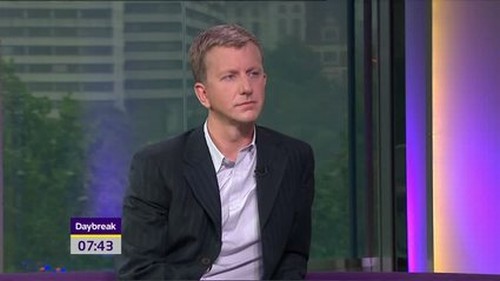 Phil Reay-Smith is the Consumer Editor on ITV Breakfast programme Daybreak. Up until September 2010, Phil was a ITV News correspondent. He started work for ITN in 2000, initially he worked for the ITN 24 hour news channel. Since working… Read more 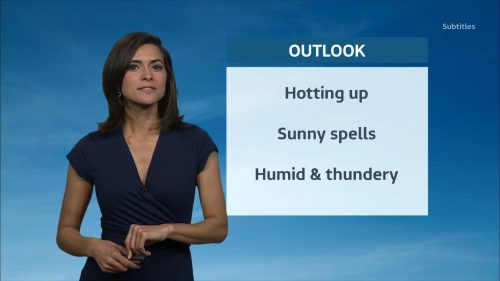