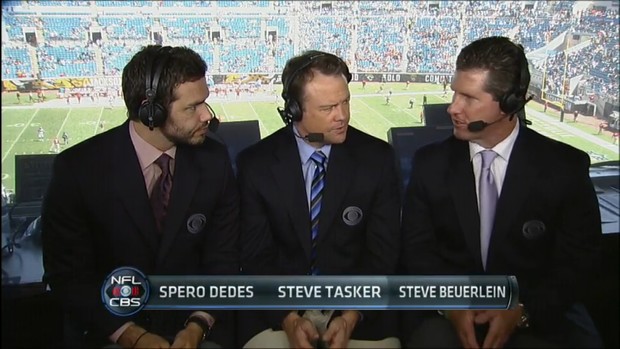 Stephen Taylor “Steve” Beuerlein – born 7 March 1965 – is a former American football quarterback, and is currently an NFL and college football analyst for CBS.

Although often referred to as a journeyman quarterback during his NFL career due to his playing for six different NFL teams, frequent status as a backup, and lack of running ability, he made up for any deficiencies in his game with his quick release, exceptional ability to read defenses, confident leadership, and poised pocket presence.

In 1999, he had an historic statistical season, which ranked up with some of the greatest seasons by a quarterback in NFL history.

In 2004, Beuerlein joined CBS Sports as a game analyst for The NFL on CBS, where he travels each week during the season to NFL venues in order to provide color commentary for games. 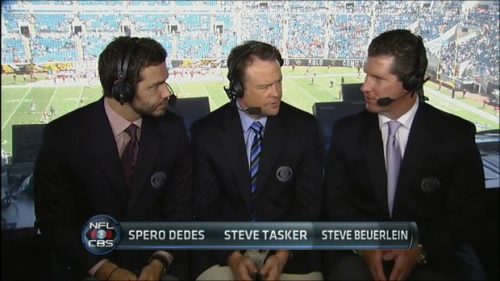 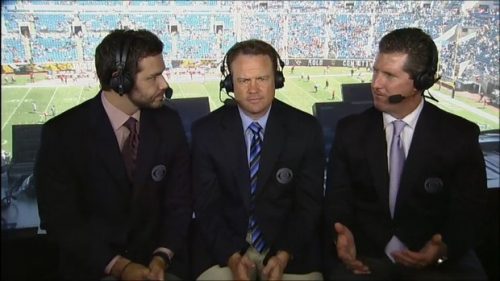 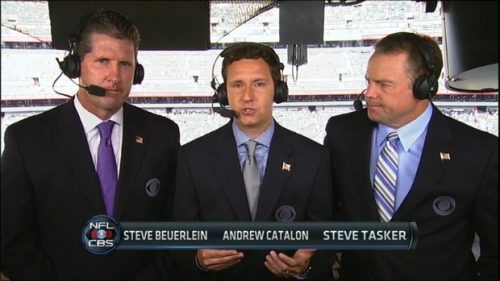 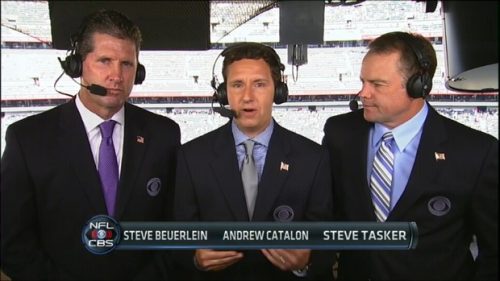