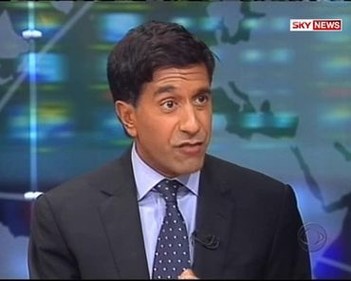 Sanjay Gupta is a contributing CBS and CNN chief health correspondent based in Atlanta.

An Assistant Professor of Neurosurgery at Emory University and associate chief of the neurosurgery service at Grady Memorial Hospital in Atlanta, he is also a frequent guest on the news program Anderson Cooper 360.

From 1997 to 1998 he served as one of fifteen White House Fellows, primarily as an advisor to Hillary Clinton.

Dr. Gupta currently publishes a column in TIME magazine. He is also host of House Call with Dr Sanjay Gupta. His book Chasing Life was a New York Times and National Best Seller.