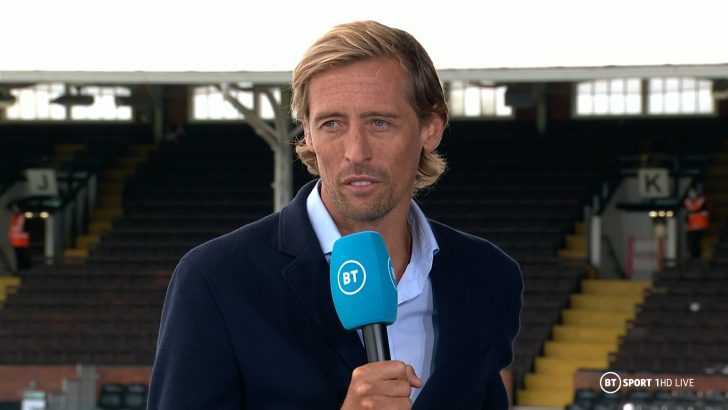 Peter James Crouch – born 30 January 1981 – is an English former professional footballer who played as a striker.

He was capped 42 times by the England national team between 2005 and 2010, scoring 22 goals for his country during that time, and appearing at two FIFA World Cup tournaments.