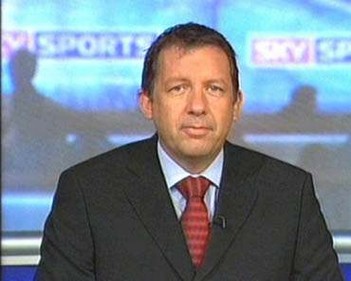 Matthew Lorenzo was the first sports presenter on Sky News when Sky started broadcasting in 1989. He joined Sky with a firm journalistic grounding, having worked in print journalism, BBC radio and BBC television after completing his A-Levels.

At Sky, Matthew presented Sky Soccer Weekend on Sky Sports and hosted ‘Saturday Night’, a two hour live entertainment show on Sky One, before leaving for ITV in 1992.

After moving to ITV Sport, Matthew was a presenter at the launch of their Champions League coverage and hosted the ’94 World Cup as well as working on GMTV.

In 1998 Matthew returned to Sky and is now a popular presenter on the 24 hour news channel Sky Sports News.

Matthew’s most memorable moment since joining Sky was in 1989 when he was interviewing an Irish priest live during the Cheltenham National Hunt Festival. He only found out during his first answer that the interviewee was blind drunk and couldn’t manage to pronounce his own name let alone give him a tip for the big race!

During his career Matthew has interviewed numerous celebrities. His favourite moments have been meeting the late Donald Woods – the South African newspaper editor, who was featured in the film ‘Cry Freedom’; interviewing Grace Jones and telling Tony Blair that he would “go far” before he became prime minister.

A big football fan, Matthew once put two goals past Italy goalkeeper Galli, whilst he was on holiday in a small Italian village called Roggio.

Matthew is a follower of most sports but his passions are football – he supports West Ham – and Formula 1. He also plays golf twice a week.

Matt was back on Sky News for Bob friends last night back in 2003. 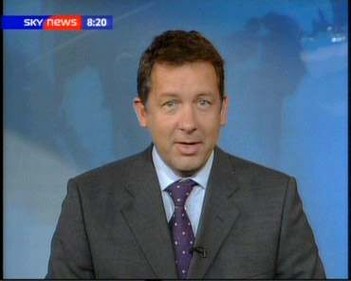 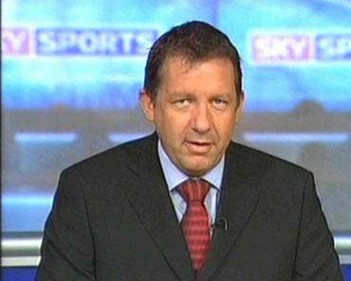 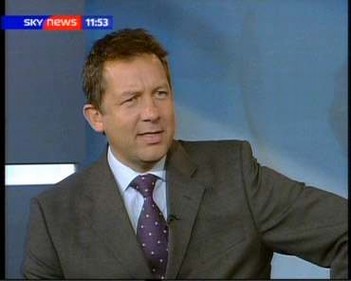 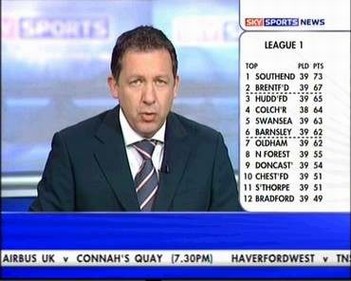 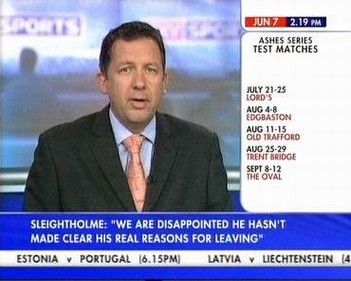 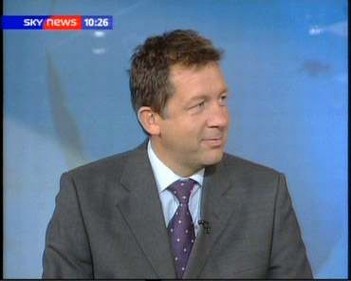 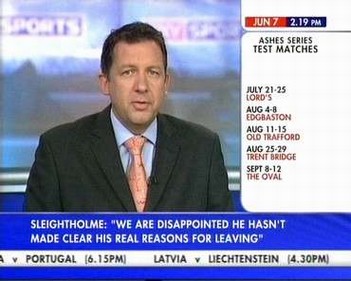