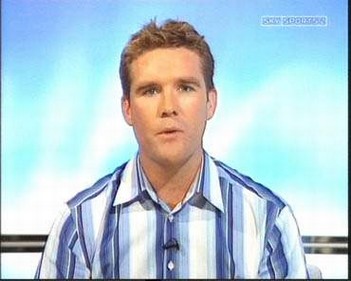 Chris Warren is the antipodean connection in the Sky Sports Rugby League team.

Brought up in Sydney, where he gained his HSC and became a Bachelor of Commerce, majoring in marketing, Chris joined Sky Sports as a presenter in February 1999.

He now fronts the popular Australian Rugby League coverage and now also presents the midweek magazine shown Boots ‘n’ All, some internationals and the State of Origin games.

But despite all this, his one remaining highlight is still his first live broadcast back in 1999, which was also the first ever sporting event at Sydney’s Olympic Stadium. Chris had never even appeared in front of the cameras before, never mind achored live match coverage, but passed the test and now enjoys working with the “young, vibrant, professional” rugby league team at Sky Sports.

Like most Australians Chris can turn his hand to most sports and skippered his Parramata Marist Brothers school rugby league side to their first Commonwealth Bank title in 1988, but he no longer has the time for team sports and settles for regular stints at the gym as well as swimming and running – although his body still has the scars left over from his schoolboy sporting exploits.

In fact it remains one regret that he was forced to give up the sport earlier than expected, but has now set himself new goals in the world of presenting, although as yet he is “not sure what they are”!

And surprisingly for a rugby league mad Austrialian, Chris was slightly more certain when, early on his career at Sky, he turned round in the make-up room to find football legend and Soccer Saturday pundit George Best sat next to him. In fact is was “pretty chuffed”, but admits that the former Manchester United man probably wasn’t as exicted! 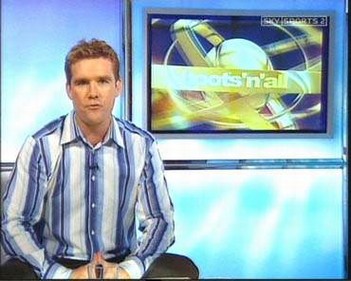 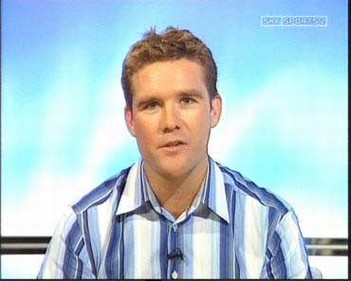