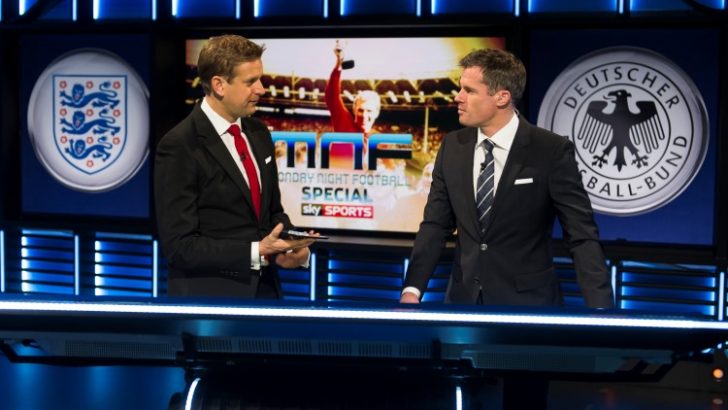 Sky Sports is to give England’s 1966 World Cup victory the full Monday Night Football treatment as it marks 50 years since Sir Alf Ramsey’s side lifted the World Cup.

A special double bill to begin a year of celebration will also feature the latest Sky Sports Originals documentary, a 90-minute programme looking back on the incredible achievement called ‘The Boys of ‘66’.

On Monday 4 January, Ed Chamberlin and Jamie Carragher will use the wealth of Sky Sports technology in the Monday Night Football studio to analyse the dramatic World Cup final between England and West Germany that ended with Bobby Moore lifting the Jules Rimet trophy.

Using statistical data from Opta, the SkyPad touchscreen, and virtual reality from EA Sports, Jamie and Ed will show the impact of the likes of Bobby Moore, Geoff Hurst and Alan Ball on the match. They will also use modern technology to conclusively answer the question about whether Hurst’s second goal crossed the line.

“England’s World Cup win is one of the most talked about moments in football, and as we reach the 50th anniversary it’s only right that we give the match the full Sky Sports treatment,” said Gary Hughes, Sky Sports head of football.

“Monday Night Football has a strong reputation for the best analysis and final word on a Premier League weekend, hopeful this special edition can provide even greater insight into a huge moment in English football history.”

‘The Boys of ‘66’ is the biggest project so far from the Sky Sports Originals documentary unit. Presented and narrated by Sky Sports commentator Martin Tyler it tells the whole story of the tournament within the context of the era it came to define.

‘The Boys of ‘66’ will be broadcast on Sky Sports 1 from 7pm on Monday 4 January 2016, with the Monday Night Football special following immediately after at 8.30pm.

Both programmes will be available On Demand until 2017.