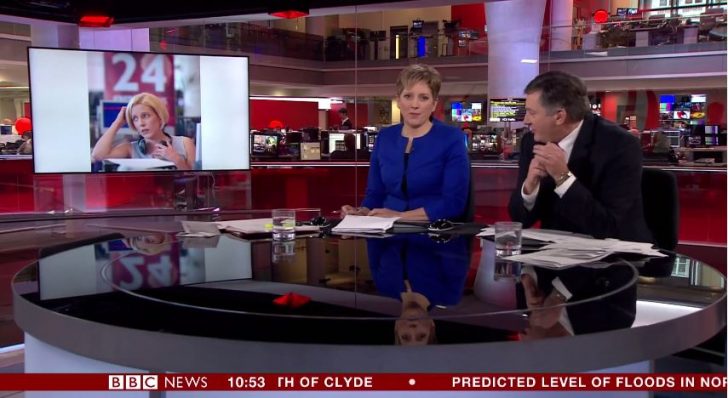 BBC News presenter Carrie Gracie bided farewell to the News Channel this morning after 13 years as one of its main presenters.

Carrie is moving on to a newly-created post at BBC News, the corporation’s first China Editor. She will start the role in spring and will be based in the country’s capital of Beijing.

Her fellow presenters Simon McCoy, Sophie Long, Ben Thompson, Adam Parsons and Matt Taylor joined the 51-year-old in the studio to see her off.. The video below also looks back at some of her best moments..

Great news for Carrie & our #China coverage MT @BBCNewsPR
Farewell, for now, to Carrie Gracie. She’s back in spring as new China Editor.