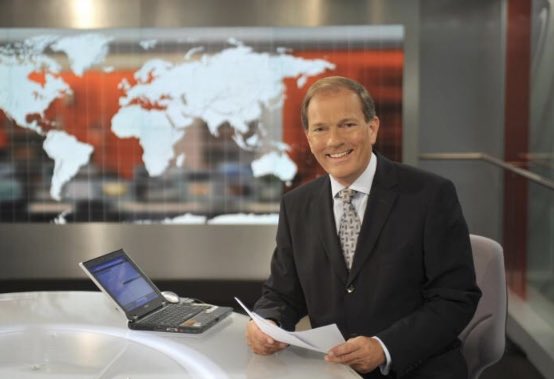 Former BBC and Sky News presenter Alastair Yates has died at the age of 66.

He was a gentle gentleman of the highest order. Our industry is the poorer without him.”

Yates had been a broadcaster since 1973. He was apart of the BBC News Channel schedule since the channel’s launch in 1997 and had presented on its sister channel BBC World since 1992.

In 2011, he retired from news broadcasting and volunteered his services to the ADHD Foundation in Richmond.

“Our condolences to family, friends and all at ADHD Richmond on the sad news about Alistair Yates – Chair of ADHD Richmond & former news broadcaster,” said the ADHA Foundation.

“Thank you for your support for ADHD. You were a true gentleman; a kind man, a good friend. We will all miss you so much”

Alastair, alongside Penny Smith, was one of the first presenters on Sky News when it launched in February 1989. His career also included presenting stints at Anglia and Grampian Television.

BBC News presenter Simon McCoy said: “Alastair Yates was a great friend and a great colleague – at sky news and the BBC. A real loss to broadcasting. And a real loss for those of us who loved him.”

After the most difficult three days trying to accept my father, Alastair Yates, sudden death, I must say a huge thank you to all those that have shared stories and kind words. You have brought a glint of light in this darkest hour. I will miss you forever daddy @BBCNews @SkyNews pic.twitter.com/Xf7jRWKjWe