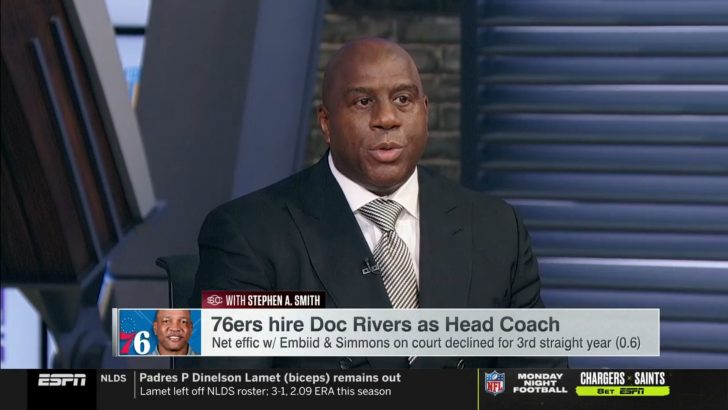 Often regarded as the best point guard of all time, Johnson is also considered to be one of the greatest players in NBA history. He played point guard for the Lakers for 13 seasons.

Since his retirement, Johnson has been an advocate for HIV/AIDS prevention and safe sex, as well as an entrepreneur, philanthropist, broadcaster and motivational speaker.

His public announcement of his HIV-positive status in 1991 helped dispel the stereotype, still widely held at the time, that HIV was a “gay disease” that heterosexuals need not worry about; his bravery in making this announcement was widely commended.

Named by Ebony magazine as one of America’s most influential black businessmen in 2009, Johnson has numerous business interests, and was a part-owner of the Lakers for several years. 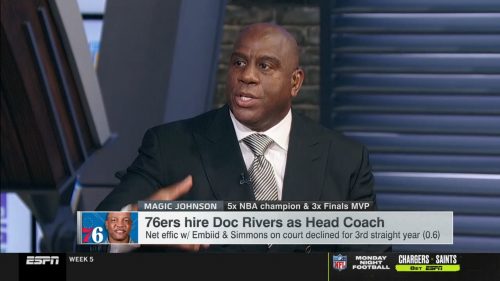 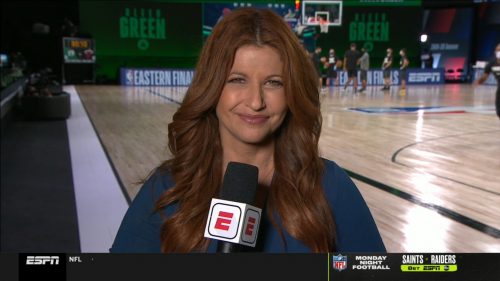 Rachel Michele Nichols (née Alexander) – born October 18, 1973 – is a sports journalist who is currently a television host for ESPN, a sports reporter, and an anchor. She hosts an NBA discussion show called The Jump; weekdays on…