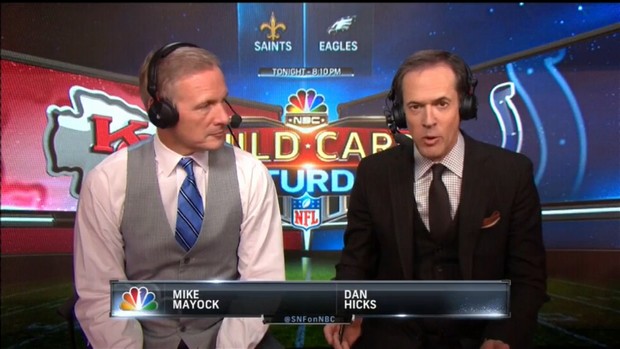 Hicks’ primary duties for the network include play-by-play commentary for golf, but took over as play-by-play commentator for Notre Dame football in 2013, replacing Tom Hammond and continuing on the position to NFL Wildcard Saturday. Hicks called the AFC WildCard matchup in 2014, where the Colts defeated the Chiefs in the 2nd biggest comeback in NFL Playoff History.

Hicks was also a play-by-play man for The NBA on NBC, The NFL on NBC, and was a tower announcer for NBC’s golf coverage until Dick Enberg left NBC for CBS in 2000, promoting Hicks to the top spot. Hicks formerly served as the primary anchor for NBC’s sports updates every weekend. Hicks also hosted NBC’s now-defunct annual winter sports special, Ice.

While at CNN, Hicks met his wife, Hannah Storm, currently an anchor on ESPN’s SportsCenter; they were married on January 8, 1994. The couple lives in Greenwich, Connecticut with their three daughters: Hannah, Ellery, and Riley Hicks. 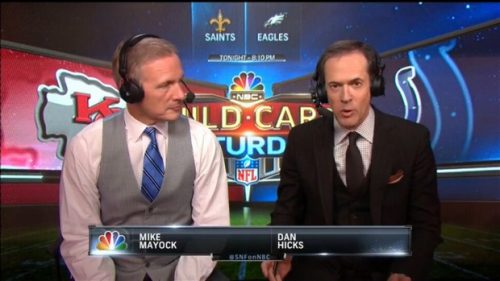 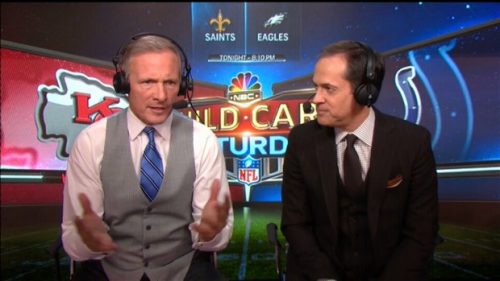