Ray Wilkins has died after suffering a heart attack 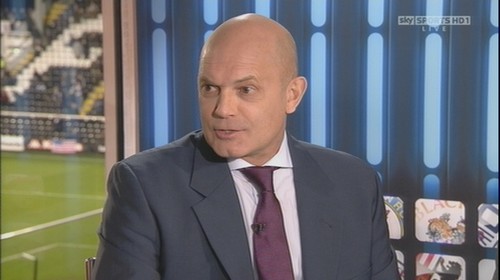 The former Chelsea coach was placed in an induced coma after having a cardiac arrest at his home in Surrey last Wednesday.

Wilkins, who’s professional career started in 1973 where he played for Chelsea for six years before joining Manchester United, is understood to have fallen and hit his head after his heart stopped.

He was taken to St George’s Hospital in Tooting, London. His wife said at the time: “He is not in a good state at all, I’m afraid. He’s critically ill.”

Since his playing career ended he had worked as a football coach and manager with Queens Park Rangers, Fulham, Chelsea and Jordan. He was most recently the assistant manager of Aston Villa.

Deeply saddened to hear that Ray Wilkins has passed away. A wonderful footballer and a delightful man. It was a pleasure to have played alongside him with England. No teammate was more helpful and supportive. I’ll be forever grateful. Thoughts are with his family. #RIPRay

Absolutely devastated . Can’t believe we won’t see this “Fella” again. A very special man in so many ways, infectious humour, impeccable manners and all round class. RIP Ray. Sincere condolences to Jackie, Ross and Jade. pic.twitter.com/IS5BEhkFas

So sad that Ray Wilkins has passed away. All thoughts with his family.

I met and worked with him a number of times, he was warm, kind, loved the game, and basically was a bloody nice bloke…there’s not enough of that in the world…he will be missed.

Everybody at Crystal Palace Football Club is saddened to learn of the passing of our former player and coach Ray Wilkins. Deepest sympathy to all his family at this extremely difficult time. pic.twitter.com/sys3VklAXP

Everybody associated with Chelsea Football Club is devastated to learn of the passing of our former player, captain and assistant coach, Ray Wilkins. Rest in peace, Ray, you will be dreadfully missed. pic.twitter.com/cSDhloOPDZ