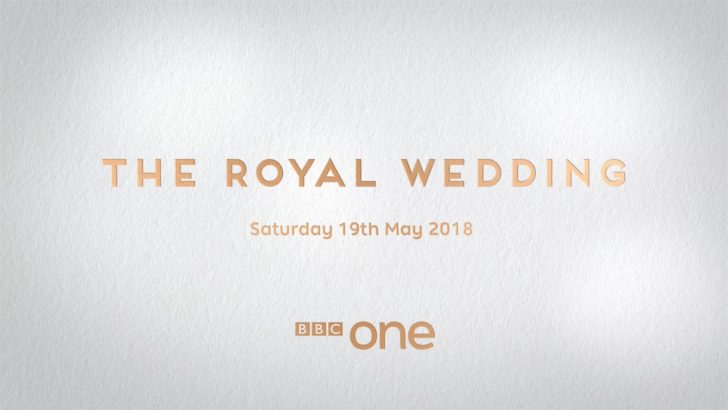 The Wedding of Prince Harry and Meghan Markle will take place today at St George’s Chapel in Windsor.

The BBC, ITV, Sky and the world’s media will have live television coverage throughout the day including build up to the ceremony, which starts at 12pm.

At 1pm the newly married couple will travel through Windsor in a carriage. The procession will travel along a route including Castle Hill, High Street, Sheet Street, Kings Road, Albert Road, Long Walk and back to Windsor Castle.

Harry and Meghan will then return to a reception for congregation guests at St George’s Hall, and in the evening, Prince Charles will also give a private evening reception for the couple and close friends and family.

In the morning, Kirsty and Dermot will be based by the moat outside Windsor Castle, while Huw will be on the roof of the Guard Room within the walls of Windsor Castle.

The three presenters will capture the build-up and anticipation of the ceremony and the atmosphere in Windsor as thousands arrive to get the best vantage point.

Tina, Alex, Ore and Anita will be situated around Windsor to capture the stories, excitement and reactions of the day.

The coverage, The Royal Wedding: Prince Harry and Meghan Markle, will air on BBC One and BBC One HD from 9am-2pm. The live broadcast will also be shown on the BBC News Channel and streamed live on BBC iPlayer.

Later in the evening, BBC Two will look back on the day with live programme, The Royal Wedding: Highlights of the Day on Saturday 19 May from 6.30-8pm.

The pair will broadcast from a specially constructed studio on The Long Walk in Windsor.

The programme is on air from 9.25am until 3pm, with Julie and Phillip joined by a range of guests.

Mary Nightingale will be positioned at Windsor Castle spotting and interviewing guests as they arrive, accompanied by a line-up of fashion experts and Royal commentators.

James Mates will lead live commentary of the service from inside St George’s Chapel.

ITV News’s Royal Editor Chris Ship will provide his expertise throughout the day, while Nina Hossain, Charlotte Hawkins and Charlene White will be based at key positions in Windsor and with crowds celebrating along the procession route.

ITV3 will broadcast a one hour special highlights programme at 8pm on May 19th, which will pick out key moments from the service and the celebrations.

Sky’s main coverage gets underway from 9am, where Kay Burley, Anna Botting, Jayne Secker, Sarah-Jane Mee, Colin Brazier and Jonathan Samuels present live coverage from in and around Windsor.

The programme will be shown on Sky News, Sky One and in Ultra HD behind the Red Button.

All three networks will be streaming their coverage live online via the BBC iPlayer, ITV Hub and Sky News Live.

An average of 8.7 million viewers tuned into BBC One’s coverage of the Royal Wedding, peaking at 13.1 million. ITV, who went five hours without adverts, averaged 2.5 million with a peak of 3.6m. These numbers are down from Prince…