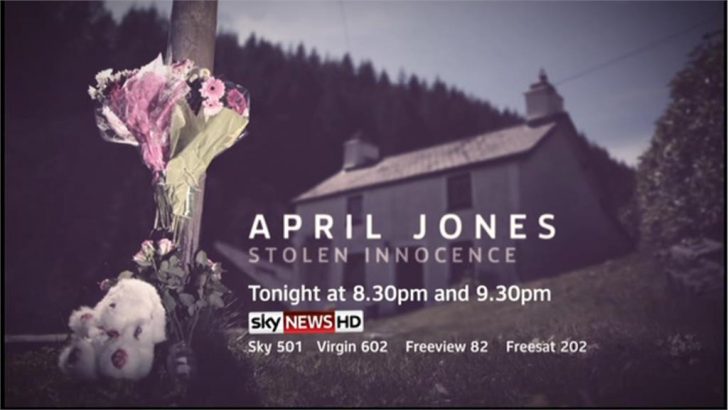 The search for five year old April Jones gripped the nation, only to end with the discovery that she had been murdered.

Now, a jury of nine women and three men have found Mark Bridger guilty of abducting and murdering April, and of unlawfully disposing of and concealing her body with intent to pervert the course of justice.

Sky News speaks to the police who led the investigation; local community leaders’ talk about the impact the inquiry had on the town and criminologists and forensic psychologists take a look at Mark Bridger and what drove him to kill.

The BBC have also put together a half-hour documentary entitled ‘Losing April’ – It will air on the BBC News Channel at 8.30pm and on BBC One at 11.45pm this evening.