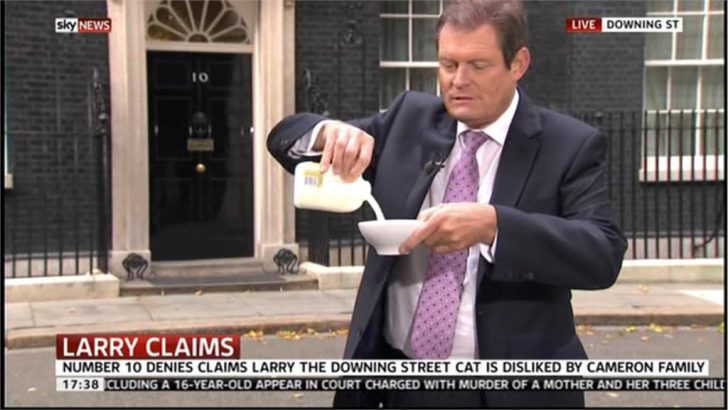 Sky’s Jon Craig tried to get Larry the cat out of Number 10 with bowl of milk for an exclusive interview this evening.

But why does Jon want to speak to the feline? .. Well, journalist Matthew d’Ancona recently said that Larry is merely a public relations prop and is actually disliked by the Cameron family.

This prompted a Downing Street spokesman to say the allegations are “totally untrue”.

“He is very popular with everyone in the building and we all get on purr-fectly well” ..

Following the live report, Jon Tweet: Freya, the Osbornes’ cat, turned up and had a sniff, but no sign of Larry yet. 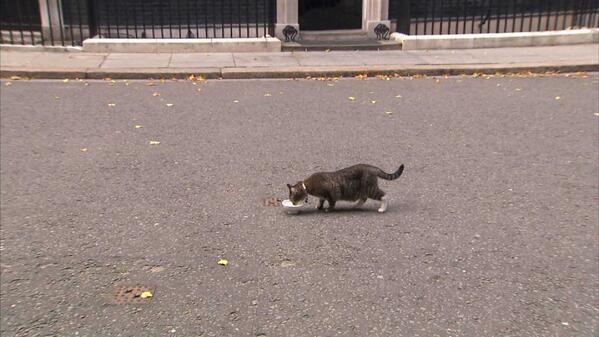