ITV has commissioned a one-off wrestling special to air later this year.

World Of Sport Wrestling or WOS Wrestling will see some of the UK’s top names in the sport compete in a fun-filled afternoon of family sports entertainment.

The two hour special will see some of the UK’s finest pro wrestlers including, ‘The East End Butcher’ Sha Samuels, Dave Mastiff and ‘Viper’ Kimberly Benson, compete in front of a live audience across a series of fights; from singles to tag team and eliminations.

Backstage, viewers will catch up with the wrestlers between fights and at the end of the show one fighter will take home the WoS Wrestling belt.

“World of Sport Wrestling was a major event for millions of families every Saturday afternoon for over 20 years,” said Tom Mclennan, Creative Director, ITV Studios Entertainment.

“I’m excited about bringing back this iconic brand and celebrating the best British wrestlers in the country.”

World of Sport was a sport programme which ran on ITV between January 1965 and September 1985 in competition with the BBC’s Grandstand. Like Grandstand, the programme ran for several hours every Saturday afternoon. 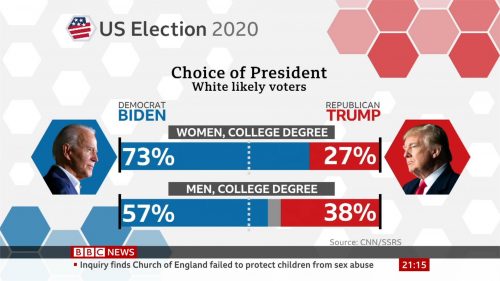 US 2020 – BBC News Graphics
TV Newsroom 2003-2022 - Menu • Forum • Disclaimer • Privacy Policy • Contacts - All Images and Videos are the property of their respective owners.