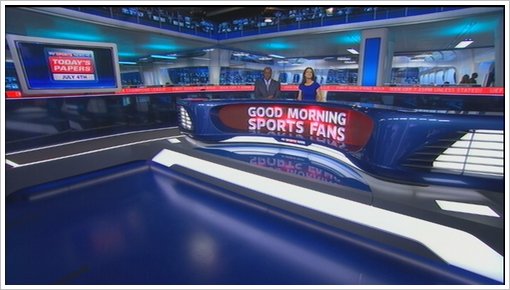 Covering a wide range of sports – including the Premier League, Football League, UEFA Champions League, Formula 1, golf and rugby union – Sky Sports News HD offers fans a comprehensive and dynamic news service 24 hours a day, seven days a week and 365 days a year. From its breaking news around football transfers to its critically acclaimed ‘Special Reports’ series, the channel provides news, analysis and insight from across the sporting world.

Rob Webster, Commercial Group Director, BSkyB, said: “The demand for high quality sports news has never been greater and we’re delighted to be working with MTG to bring the full Sky Sports News channel to an international audience for the first time. For sports fans, there’s no better place for around-the-clock breaking news, expert commentary and interviews than Sky Sports News. We’re thrilled to be developing the channel’s distribution in Europe and are looking forward to sharing all of the action with MTG’s customers.”

Jørgen Madsen Lindemann, President and CEO of MTG, added: “This is fantastic news for sports fans who already enjoy our world class and market leading offering of local and international sports coverage.”