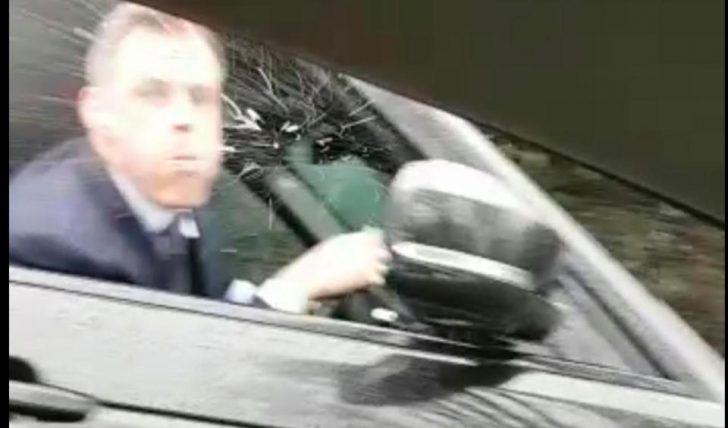 Sky Sports football pundit Jamie Carragher could be sacked according to the Sun after spitting in the face of a 14-year-old girl.

The report, which makes the front page of Monday’s newspaper, says Carragher’s Range Rover had pulled up beside her United-supporting dad’s car in heavy traffic after Liverpool’s 2-1 defeat by Manchester United on Saturday.

“I would like to apologise for my actions which were totally out of character,” said Jamie.

“What I did was wrong and I have since personally apologised to the family involved.”

Video footage shows how the pair exchanged, before the dad shouted: “Unlucky Jamie lad!” and “2-1!”

Jamie added: “I was continually goaded and verbally abused numerous times whilst being filmed in slow moving traffic and reacted in a way that is of course regretful.”

Sky Sports said: “It’s unacceptable behaviour and we will be addressing it with Jamie.”