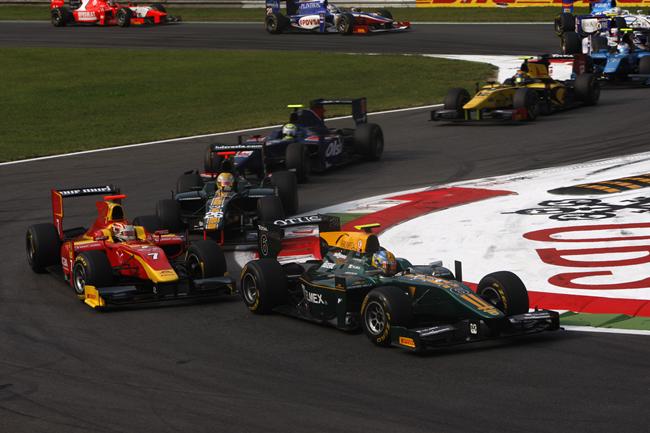 Sky Sports have announced that their Sky Sports F1 channel will include live coverage of both the GP2 and GP3 series.

Complementing the channel’s coverage of every F1 session from every 2012 race, the announcement is being billed as a chance for fans to receive a glimpse into the future of motorsport with both series rightly considered to be a breeding ground for F1 drivers of the future.

The 12-round 2012 GP2 series will begin in Malaysia on 23-25 March and follows a global circuit through 10 countries. Sky Sports F1 will show the two races per weekend; a feature race and a shorter sprint race.

The first GP3 race of 2012 takes place in Barcelona, Spain on 11-13 May, followed by seven more races throughout the year, with the final race at Monza, Italy on 7-9 September 2012.

Executive Producer Martin Turner said: “We are delighted to be showing GP2 and GP3 live on Sky Sports F1 HD. There are six former GP2 champions in Formula 1 this season, including Lewis Hamilton and last year’s winner Romain Grosjean. The series promises nail-biting and fascinating racing and we’ll track gifted drivers through the ranks as they aim for Formula 1.”