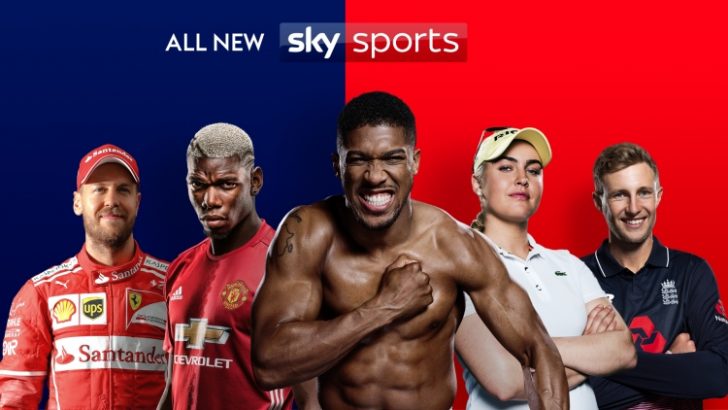 Sky Sports today confirmed changes to their line-up of channels.

From July 18th, 2017, Sky will expand its service with 10 sports channels, giving customers more choice, at no extra cost.

“We’re dedicating channels to some of our biggest sports, launching a new way to watch the best live action and offering even better digital products too,” said Barney Francis, Managing Director of Sky Sports.

“Sky Sports is giving customers even more choice and channels at the same price for another 12 months, while opening up new ways for sports fans to join. If you love Premier League, you can enjoy it for as little as 60p a day or you can have the full Sky Sports package for less than £1.”

The new line-up of channels and Sky EPG channel numbers are:

Sky Sports Golf
The must-have channel for all golf fans
The only place to see every day of The Open Championship and US Open live. Home of the European Tour, PGA Tour, Ladies European and Ladies PGA Tour. This year’s Solheim Cup and The 2018 Ryder Cup.

Sky Sports News
The home of breaking sports news, 24 hours a day.
Regular news and feature programmes where studio guests provide an in depth look at upcoming sporting events, combined with the latest stories as they happen from around the world. Cameras and reporters stretch across the country, and the globe, taking viewers to the heart of sport.

Sky Sports Mix
A window into the world of Sky Sports, bringing a selection of sports entertainment to all Sky customers.
Regular live football including La Liga, MLS and international qualifiers as well as a select number of Premier League and EFL matches. As well as support programming that will appeal to kids and family audiences, viewers can also enjoy live golf from Europe and the US, international cricket and much more.

The new package of ten channels and an unrivalled schedule of live sport is available for the same price (£27.50 per month), which will remain frozen for 12 months. Existing customers will receive the new Sky Sports package automatically and the new channels will replace the existing line-up.

For the first time, Sky Sports will also offer something for fans not looking for the full breadth of sports, but are interested in specific sports. The new line-up is designed to grow this customer base and offers flexibility to subscribe to individual channel packages at a new price. One channel pack will be available for just £18 per month, two for £22 and three for £26.