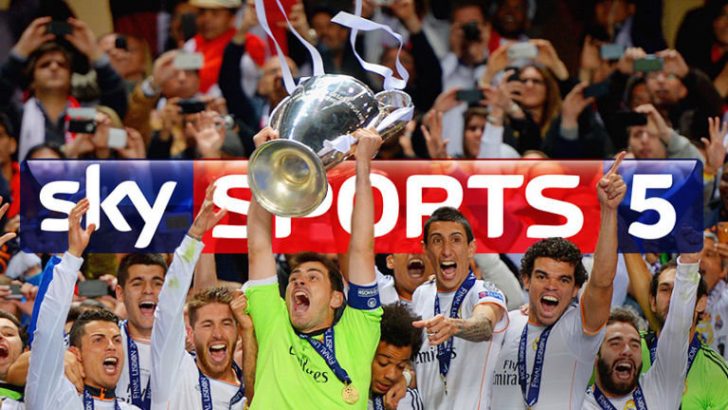 Sky has announced the launch of a new sports channel, which will be dedicated to European football.

Sky Sports 5 will screen up to 600 live European football matches next season featuring some of the best players, the best teams and the best competitions.

For the first time Sky Sports will also offer exclusively live coverage of Holland’s top division Eredivisie. The new 4-year deal announced today will bring live matches from each round to Sky Sports 5, enabling viewers to follow the domestic campaigns of the Netherlands’ top teams including Ajax, Feyenoord, FC Twente and PSV Eindhoven.

“There’s never been a better time to be a Sky Sports customer and with two years’ free totally unlimited broadband, we offer the ultimate package for sports fans.”

Customers with Sky Sports will be able to receive the new channel Sky Sports 5 as part of their sports package, and as a further bonus they can also get two years free Sky Broadband Unlimited. Alternatively, Sky TV Sky Sports customers can also enjoy totally unlimited Sky Fibre Unlimited broadband, delivering speeds of up to 38Mb/second for just £10 a month, rather than the regular monthly price of £20.

To take up the offer customers should go online to Sky.com/2yearsfree or call Sky from 12 June onwards.