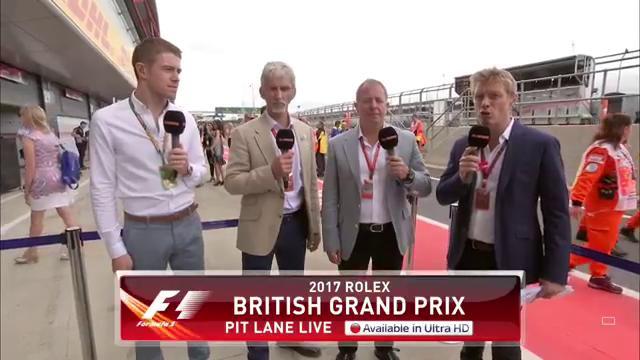 Today marks the 20th year of Martin’s Grid Walk. Ross Brawn appeared on Sky Sports F1 to present Martin with a trophy to mark the occasion, where host Simon Lazenby informed the viewing public that the 58-year-old had been taken ill.

Unfortunately Martin Brundle has taken unwell & is in the medical centre. Ross Brawn did have a trophy to mark 20 years of #MartinsGridWalk pic.twitter.com/547hwlHMsF

Paul di Resta is to join David Croft in the commentary box.

The British Grand Prix is live on Channel 4 and Sky Sports F1 from 1.00pm.