The 2016 Ryder Cup will take place from Friday 30 September to Sunday 2 October 2016 at the Hazeltine National Golf Club in Chaska, Minnesota.

Live coverage will be shown on Sky Sports Ryder Cup while the BBC will air nightly highlights.

Europe enters the competition as the cup holders, having won in 2014 in Scotland for their third consecutive win.

The traditional captain’s match will be shown live on Sky Sports on Thursday at 6pm ahead of the opening ceremony at 10pm – where the pairings for the Friday morning foursomes will be announced.

Coverage will run from an hour before the opening tee shot at 1.35pm right through until long after the final putt has been holed over the first two tournament days, with a bumper weekend of live golf beginning on Friday from 12.30pm.

The Sky Sports Ryder Cup channel will be back live from Hazeltine from 4pm on Sunday, ahead of the single matches getting underway from 5.05pm, with play anticipated to finish around 11pm.

Sky Sports Mix – the new channel available to all Sky TV customers – will broadcast live coverage of the opening ceremony as well as a selection of support programming including a new documentary on European captain Darren Clarke and the Ryder Cup Breakfast show.

David Livingston will be joined in the studio throughout the weekend by former European Ryder Cup captains Tony Jacklin, Paul McGinley and Colin Montgomerie as well as the likes of Butch Harmon, Nick Dougherty and major winner Rich Beem.

Each morning, Robert Lee will bring viewers extended highlights and analysis from the previous day’s play in ‘Ryder Cup breakfast’, while a special round up on Monday, ‘How The Ryder Cup was won’, will look back at all the key moments from the week.

The 42nd Ryder Cup will be held in France this weekend (28–30 September 2018) on the Albatros Course of Le Golf National in Guyancourt, a suburb southwest of Paris. It will be the second Ryder Cup to be held in… 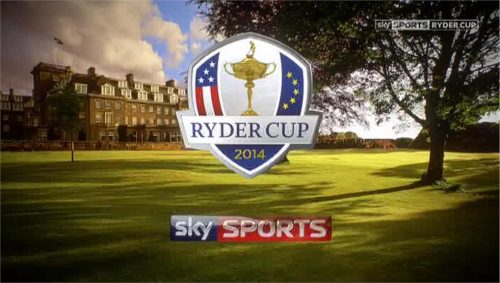