Hazel Irvine fronts today’s coverage on BBC Two from 1pm, before switching to BBC One at 1.45pm, where the rowing continues at the Lagoa Stadium with the heats of the women’s eights at 14.30 and the heats of the men’s eights at 14.50, and there are updates from the National Equestrian Centre, where the men’s and women’s individual eventing cross-country discipline is taking place.

From 15.30 attention switches to the second-round matches at the Olympic Tennis Centre and the preliminary fixtures at the Beach Volleyball Arena, before moving to the Olympic Aquatics Stadium for the latest swimming heats.

At 6pm, the coverage moves over to BBC Two to make way for the news hour on BBC One, returns to BBC One at 7pm for a hour then back to BBC Two at 8pm, while BBC One airs Eastenders.

Clare Balding takes over at 7pm with coverage of the men’s artistic gymnastics team final at the Rio Olympic Arena, where the likes of China, Japan and Great Britain are expected to excel.

British gymnastics has gone from strength to strength in recent years, particularly in the men’s disciplines, and the squad of Sam Oldham, Daniel Purvis, Louis Smith, Kristian Thomas and Max Whitlock secured bronze four years ago at the London Games.

Coverage moves to BBC Two at 10pm to make way for the news on BBC One till 10.45pm, then there’s coverage of the bronze-medal match and the final of the women’s rugby sevens at the Deodoro Stadium in Rio, as the inaugural champions are crowned.

Jason Mohammad takes over from Clare at 12.00pm on BBC One and brings as live coverage of the conclusion of the men’s 62kg weightlifting final at the Riocentro.

Britain’s James Guy is the current world champion and among the leading contenders in the men’s 200m freestyle.

Ore Oduba introduces the opening live coverage on day three of the Games in Rio on BBC Four as the men’s and women’s individual eventing continues with the cross-country discipline at the Olympic Equestrian Centre from 14.00.

Mary King was the highest-placed Brit in this event four years ago, finishing fifth overall on Imperial Cavalier in what was the veteran rider’s sixth Olympics.

The conclusion of the men’s 10m air rifle final at the Olympic Shooting Centre due at around 16.00.

The second day of the canoe slalom schedule gets under way at the Whitewater Stadium from 16.30, with the first and second runs in the men’s C2 and women’s K1 disciplines, which will decide which canoeists progress to Thursday’s semi-finals.

The women’s rugby sevens has reached the semi-final stage at the Deodoro Stadium, with coverage from 19.00, interspersed with the men’s shooting trap final at the Olympic Shooting Centre.

The weightlifting continues at the Riocentro with the women’s 58kg final at 19.30, while the day’s canoe slalom concludes at the Whitewater Stadium with the men’s C2 and women’s K1 heats due to finish at 19.52, and the women’s -57kg and men’s -73kg judo finals take place at the Carioca Arena from 21.20.

The women’s hockey is the focus of attention at 22.00, as the women’s Group B match between India and Great Britain gets under way at the Olympic Hockey Centre, with both sides playing their second fixture in the quest to reach the quarter-finals. 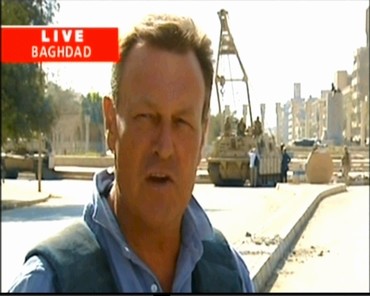 Maxine Mawhinney tweets behind the scenes images of Studio N6
TV Newsroom 2003-2022 - Menu • Forum • Disclaimer • Privacy Policy • Contacts - All Images and Videos are the property of their respective owners.