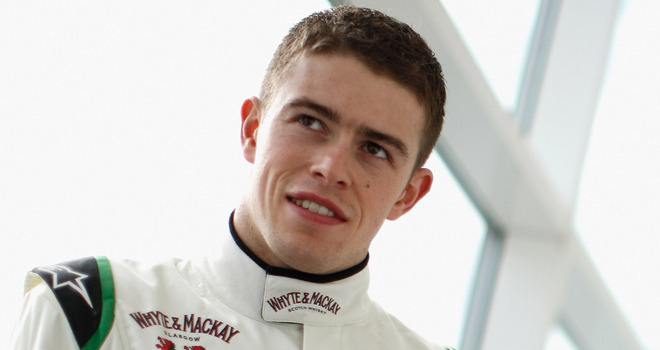 He’ll provide his expert analysis on Sky Sports F1 for a substantial number of races this season, that will see more races than ever before with Sky Sports the only place to watch all 21 races live.

The Scottish driver competed in 58 F1 races across three seasons for Force India between 2011 and 2013, scoring 121 points in the process and will serve as a back-up Valtteri Bottas and Felipe Massa this term.

“I’m very excited to be joining the Sky Sports F1 team, the coverage is excellent and I hope I can play my part to help excite and educate everyone watching at home,” said Paul.

“It’s a huge season, more races than ever and working with both Williams and Sky Sports I’m going to give it everything and enjoy being part of an amazing sport that provides drama and excitement at every turn.”

Sky Sports F1 will show the first race of the season from Melbourne exclusively live on Sunday 20 March, while Channel 4 will air free-to-air highlights, and will broadcast ten races live during the 2016 season.