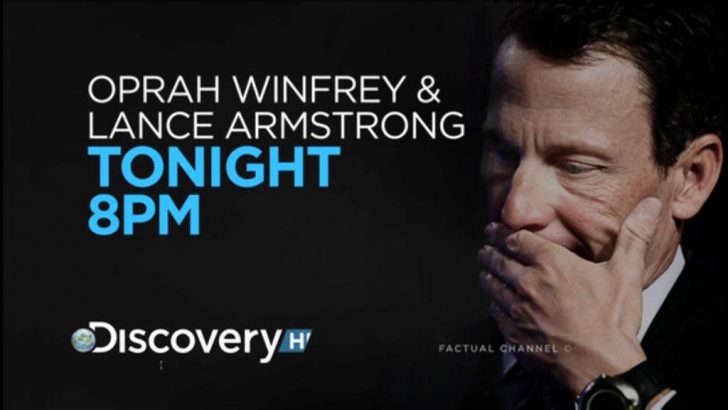 The Discovery channel will broadcast Oprah Winfrey’s interview with Lance Armstrong this weekend.

The host talks to cyclist Lance Armstrong about claims he used performance-enhancing drugs, which led to him being stripped of his seven Tour de France titles and banned from competing.

You can catch part one of the interview on Friday 18th January at 2am, repeated at 8pm that evening.

Part two will be shown on Saturday 19th January at 2am and repeated at 8pm that evening.

The Discovery channel is on Sky channel 520 and on Virgin Media channel 212.