England will face Malta in a World Cup 2018 qualifier this evening.

The Group F match, which will be shown live on ITV, takes place at the Ta’ Qali National Stadium in Attard.

Malta have lost every group match so far, but produced a spirited display in last October’s reverse fixture at Wembley.

First-half strikes by Daniel Sturridge and Dele Alli gave England a 2-0 win on that occasion, but they will be looking to reward the travelling fans with a more enterprising performance this time around.

England sit top of their group with 14 points with Slovakia in second with 12.

ITV’s coverage starts at 7.15pm, where Mark Pougatch will be joined in the studio by Ian Wright, Ryan Giggs and Paul Ince.

The match will also be streamed live via the ITV Hub. Kick-off 7.45pm.

There’ll be a 65 minute highlights programme following the news at 10.40pm on ITV. 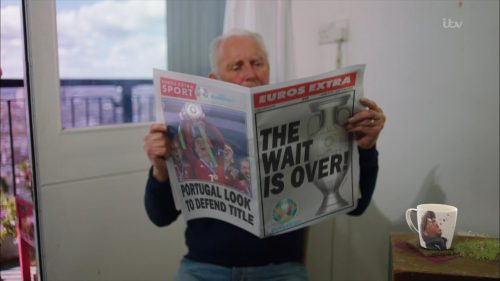 The final round of fixtures of Euro 2020 Group C will take place today – live on ITV. North Macedonia take on Netherlands at the Johan Cruijff ArenA in Amsterdam. The Macedonians, who are the lowest-ranked team ever to appear… Read more

Switzerland take on Turkey at the Olympic Stadium in Baku, Azerbaijan this evening in the final Group A game of Euro 2020. The Swiss earned a point against Wales in their opener, before losing 3-0 to an impressive Italian side,… Read more