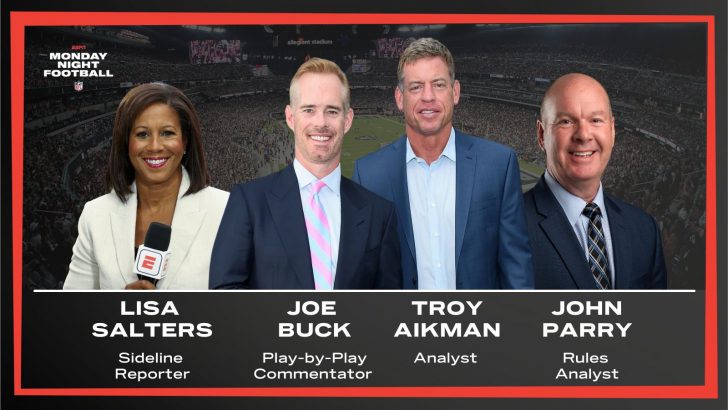 The duo, who had spent 20 years at Fox, have called six Super Bowls together.

In the upcoming 2022-23 NFL Season, ESPN’s portfolio of games will increase from 20 to 22, with the addition of an exclusive Monday Night Football game on ABC and an exclusive Sunday international game on ESPN+. Adding in the Week 18 doubleheader which began this past season, ESPN will have three weeks with multiple games this season. That number jumps to five beginning in the 2023-24 season and continues for 10 seasons.

“When you have the opportunity to bring in the iconic, longest-running NFL broadcasting duo, you take it, especially at a time when we are on the cusp of a new era in our expanding relationship with the NFL,” said Jimmy Pitaro, Chairman, ESPN and Sports Content.

“The NFL continues to ascend, and we now have more games than ever before, providing additional opportunities for Joe, Troy and our deep roster of commentators.”