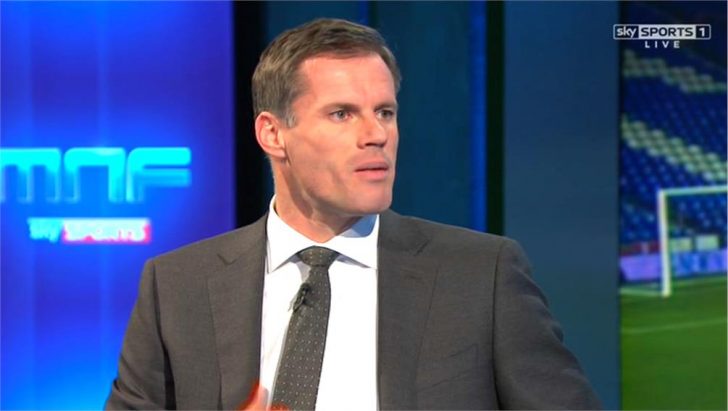 Jamie Carragher will wear a Manchester United shirt on the first Monday Night Football of the new season after losing a bet with fellow pundit Gary Neville.

The pair had a wager early in the 2013/14 season regarding the amount of goals Tottenham midfielder Paulinho would score for the club, with Neville confident he would score fewer than 15 goals.

Carragher took the bet but Paulinho managed just six goals in the Premier League – and 10 in total.

Neville tweeted: “Just been confirmed @Carra23 has received my United shirt. He will wear it on the (10th) August.”

The bet was in aid of Alder Hey Children’s NHS Foundation Trust and the shirt will be auctioned off for the charity afterwards.