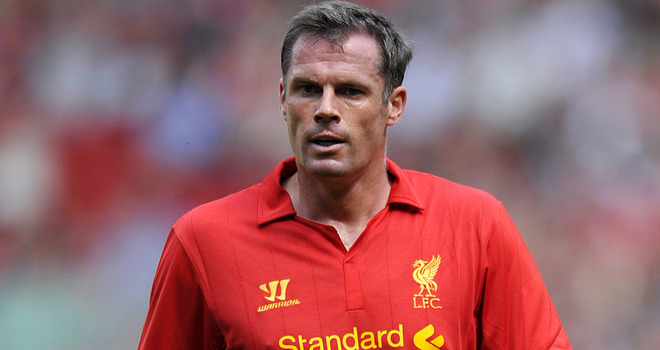 The 35-year-old, who will retire from playing at the end of the current campaign, will work alongside Gary Neville, Graeme Souness, Jamie Redknapp and Alan Smith next term when Sky Sports broadcasts around 500 matches from the domestic, European and International game.

“I watch Sky Sports all the time and I’m a huge fan. I can’t wait to be part of their coverage and work with the best in the business,” said Carragher.

“What Sky has done for football for over 20 years is incredible and I’m thrilled to be part of their exciting plans for next season.”

Barney Francis, Managing Director of Sky Sports, added: “Jamie has everything you want in an expert analyst; opinions, experience and incredible knowledge.

“He’s hugely respected throughout the game and I know his immense insight on today’s players, teams and tactics will make our football coverage even better.”

Jamie will be on Sky Sports TV from August 2013.