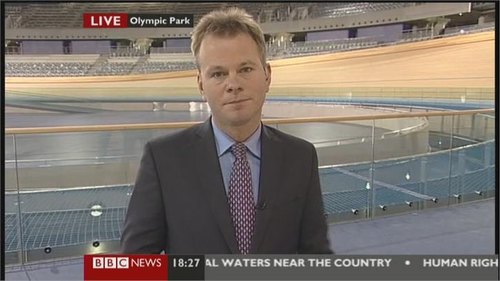 BBC Sport correspondent James Pearce has announced he is stepping down from his job at the corporation to begin a freelance career.

Writing on Twitter this evening, James said: “A little personal announcement: I’ve decided to step down from my job at BBC and begin freelance career. 2013 is year for new challenges.

“Hardest decision of my life. I’ve loved this job, one of best jobs in world, but 2012 impossible to match and I want to bow out on a high.

“I won’t be disappearing from BBC. Going freelance gives me chance to have more variety, fresh challenges, work on many different BBC outlets

“If I don’t step down post London 2012 I never will, and it’s not my style to coast along. Hopefully in my case fortune will favour brave!

“I want to thank my brilliant BBC colleagues. They are some of best in business and they’re also my friends. This is new beginning, not an end.”

James joined the BBC as a news trainee, and was based in Plymouth for a couple of years, initially as a news reporter.

He then took up the role of sports presenter for a couple of years, before being asked to move to the BBC’s national sports news department in London, where’s he’s been based ever since. AC Milan host Liverpool in Group B of UEFA Champions League 2021/22 this evening. The match takes place at the San Siro, and will be shown live on BT Sport. AC Milan are aiming to join their English visitors in…